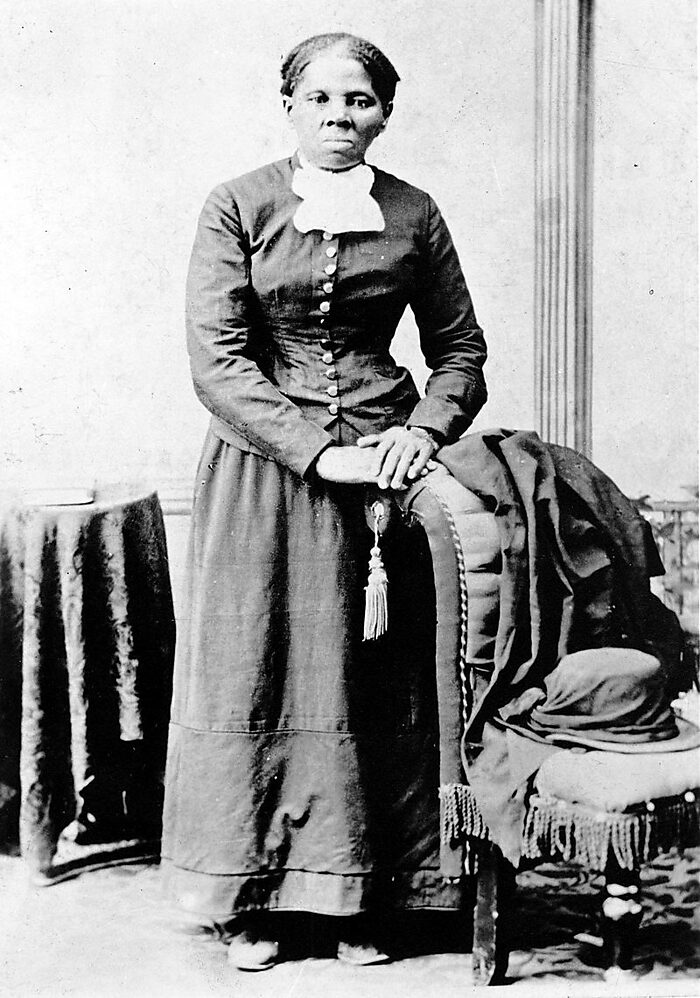 Of course, it wouldn't be the first time that a woman appeared on America's money. Suffragette Susan B. Anthony graced the ill-fated dollar coin that was little used and quickly forgotten. The Native American Sacagawea later did the same and suffered a similar fate.

The Treasury Department is authorized to choose figures for America's money. The administration has almost total discretion, since all that matters is that the person be dead. President Barack Obama indicated his interest in showcasing more women, encouraging feminist groups to rev up their political engines.

Republican legislators should take up the challenge and introduce a resolution urging the Treasury to add Tubman. There's nothing sacred about the present currency line-up. After all, America was created by many more people than presidents and other politicians.

Andrew Jackson has had a fine run on the $20 bill. It’s time to give someone else a chance.

Indeed, replacing Andrew Jackson makes a certain sense since he resolutely opposed a federal central bank. He likely would be horrified if he returned and found his visage gracing paper money for a system far more malign than the Bank of the United States, which he battled ferociously and ultimately killed. Tough, cantankerous, and short‐​tempered, he would make today’s denizens of Capitol Hill feel his pain.

Moreover, Tubman would be a great choice to replace him. She represents the best of America. She was born between 1820 and 1822 in Maryland to slave parents. She was christened Araminta Ross and her mother fought hard to hold the family together. Tubman was hired out and often beaten. She suffered permanent harm but her strong Christian faith helped sustain her. After her owner’s death in 1849, which led his widow to begin selling their slaves, she escaped through the Underground Railroad to Philadelphia.

However, a year later she returned to Maryland to rescue her niece and the latter’s two children, beginning a career of leading slaves to freedom. Frederick Douglass may have hosted one of her groups, sheltering it and raising money to send the fugitives on to Canada. She was daring and creative; her plans were sophisticated. Although she trusted God she also saw value in arming herself. Among the 70 or so slaves she saved were her three brothers. She also helped instruct scores of other escapees. Neither she nor any of those she guided were captured. She directed her last rescue in December 1860.

Tubman also was an active abolitionist and lecturer, friendly with New York Senator William Seward. She aided John Brown, though she played no direct role in his raid on Harpers Ferry. During the Civil War she pressed abolition on the Lincoln administration. With greater effect she aided slave refugees, served as a nurse, and acted as a scout for the federal army. Long after the war she aided the cause of women’s suffrage, working with Susan Anthony, among others. Despite manifold health problems she lived past 90, dying in 1913.

Tubman fought enormous injustice and promoted human liberty. She advocated genuine equality of opportunity, allowing women to vote, rather than the sort of PC notions of equality popular today. She exhibited courage in fighting and breaking unjust laws. She was no ivory tower theorist, but took the lead in putting her views into action. She never saw her work as done, but constantly joined anew the battle for freedom. Never did she wait for bureaucrats, politicians, judges, lawyers, and others to act. Instead, she acted to rescue the oppressed.

In short, she represented the common women and men across the country who contributed much to make America. Andrew Jackson was more influential in setting national policy, but Tubman represented the many that battled against the great injustice, slavery, which he accepted. Until that practice ended America could not be considered either truly good or free.

Equally important, putting Tubman on America’s money would make no political statement. Eleanor Roosevelt was a woman of the left who gained attention more from the reflected glory of her husband than her own efforts. For President Obama to place her face on a banknote would look like an attempt to gain partisan advantage. Not so using Tubman’s image.

True, writer Feminista Jones made an uncommonly silly argument against adding Tubman or any woman to U.S. currency: “Her legacy is rooted in resisting the foundation of American capitalism. Tubman didn’t respect America’s economic system, so making her a symbol of it would be insulting.”

In fact, capitalism rests on a foundation of economic liberty, which is violated by the institution of human slavery. The original industrial state, Great Britain, ended slavery decades before America. The northern states, where industrial capitalism was strongest in the U.S., also rejected slavery early. One suspects that Tubman did not see herself as spiriting away the enslaved to freedom to save them from “capitalism” but to allow them, like whites, to work, invest, create, own, and take advantage of the manifold opportunities of a free economy. Given her experience with government oppression, it is unlikely she would have advocated turning the economy over to the very same politicians who proved willing to institutionalize human bondage.

The usual PC bias infects much discussion about who should grace America’s currency. However, critics of the usual arguments by the usual suspects shouldn’t feel an obligation to defend today’s currency line‐​up. Andrew Jackson has had a fine run on the $20 bill. It’s time to give someone else a chance. Why not Harriet Tubman?

MLK and the FBI: 50 Years on, Secrets and Surveillance Still

True Islam Does Not Kill Blasphemers

Segregation and the School Choice Movement