Five Facts about the Minimum Wage

1. A dozen California metropolitan areas – including big cities like Fresno, Stockton, Bakersfield and Modesto – already have unemployment rates from 8.0% to 18.6%. Yet California’s statewide minimum wage is now scheduled to rise every year through 2022.


2. News reports imagine that raising the minimum wage will push up other wages, so average wages would supposedly rise more quickly. On the contrary, three of the four most recent increases in the federal minimum wage were quickly followed by prolonged stagnation in average wages. 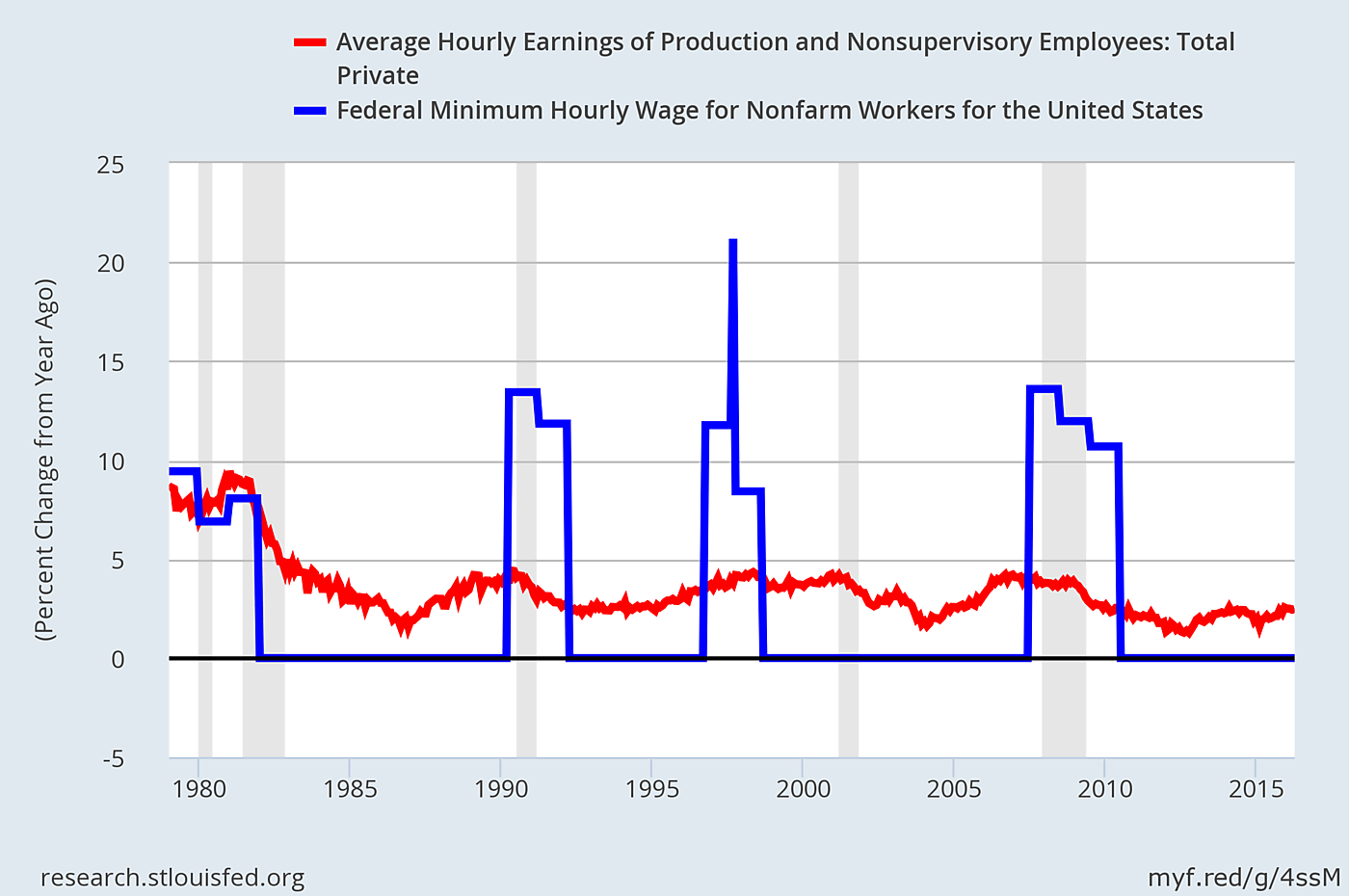 
4. Every time the federal minimum wage has been increased the number earning less than that minimum always increased dramatically. This was not just true of teenagers but (as the graph below shows) also for those over 25. When the minimum wage is pushed up faster than the market would have moved it, the effect is to greatly increase the proportion of jobs paying less than the minimum (including working for cash in the informal economy). Employers offering less than the minimum, legally or otherwise, then enjoy a flood of unskilled applicants unable to compete for scarcer opportunities among larger businesses subject to minimum wage laws. Such intensified rivalry for sub‐​minimum‐​wage jobs then pushes the lowest wages even lower. 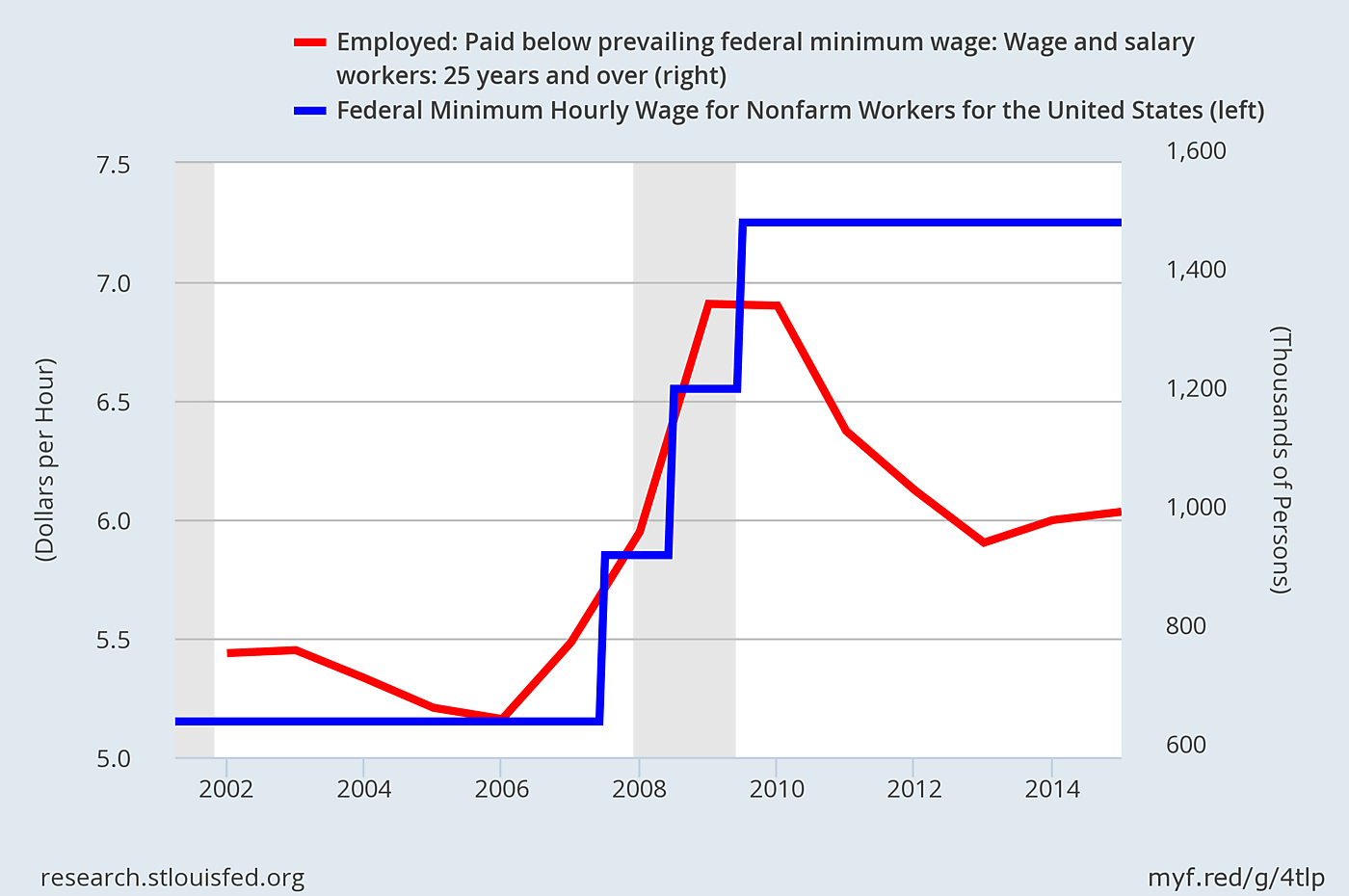 5. Regardless of federal, state or city laws, the actual minimum wage is always zero.