If, like me, you have a masochistic streak and aren’t yet tired of peeling back the layers of hubris, sophistry, stupidity and arrogance behind the war in Iraq, you might want to pick up the latest copy of Political Science Quarterly, with a review essay by Robert Jervis covering George Tenet’s and Douglas Feith’s books side‐​by‐​side. (Sorry, the essay isn’t online.)


In it, Jervis wades through a lot of the sorry history we already know, but makes some interesting observations and teases out some striking inferences, particularly from Feith’s book, of which he is more critical. Perhaps the most interesting argument Jervis makes in the piece is that, by any fair definition of the verb “to lie,” Feith makes clear that the administration lied in taking the country to war: 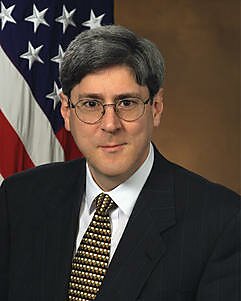 Feith’s central justification for the war is that even without active WMD programs or ties to al Qaeda, Saddam’s regime was by virtue of its tyrannical nature and previous behavior such a menace that it had to be removed. Inspections would fail not because Saddam might hide things, but because they were irrelevant to the real problem. This makes some sense, but renders the administration’s public position dishonest, since it insisted that its target was Saddam’s WMD programs, not his regime. In Feith’s telling, even if Saddam had cooperated with the inspectors, had shown that he was not actively pursuing WMD, and had dismantled some dubious equipment, he would have remained an intolerable threat because he could have resumed his dangerous activities at some time in the future. “President Bush had already committed his Administration to changing the regime in Iraq” (p. 305), just as the critics claimed. The diplomacy and the insistence on inspections were a charade; only by going into exile or being replaced in a coup could Saddam have avoided an invasion, and not only were these possibilities slim, they risked leaving in place the Baathist regime, which is why Feith opposed such proposals when they emanated from the CIA (p. 200). Thus, although only in January 2003 did Bush tell his cabinet that “war is inevitable” (p. 342), in fact this was implicit much earlier. While Feith is correct to say that the administration did not lie about its mistaken beliefs that Saddam had active WMD programs and perhaps believed that [he] had ties to al Qaeda, if his account is correct, these were not the essential grounds for war.


Dean Acheson justified the extreme rhetoric in the early years of the Cold War by the need to make things “clearer than truth.” This is not unusual, although not immune from criticism. But if Feith is correct, what Bush did was much more than exaggerate and present the world in excessively vivid colors. The misrepresentation was fundamental. Feith sees the administration’s failure to clearly present its reasoning as a missed opportunity to build support for the long‐​term war on terrorism. I doubt it, but it does mean that if Feith’s understanding of the administration’s policy is correct, it lied to the American people about why they needed to go to war.

Jervis has done a lot of work on this topic (see here, for example), and has a book coming out on intelligence and intelligence failures. He is also the author of a (the?) text on the psychology of international politics.