Max Gulker of the American Institute for Economic Research has a great short paper out summarizing the problems with a federal jobs guarantee. It echoes many of the issues that I raised about such a program on this blog.


One thing that is often underappreciated is just the sheer scale of the programs proposed. For reasons I outlined, the true numbers could potentially be much higher than the Levy Institute and Center on Budget and Policy Priorities (CBPP) worked proposals. But even taking their numbers as given, the estimated 10.7 million participants according to CBPP and 12.7–17.5 million from Levy would make the federal program by far the world’s largest employer, if thought as a single firm or entity.


Consider the striking chart below. 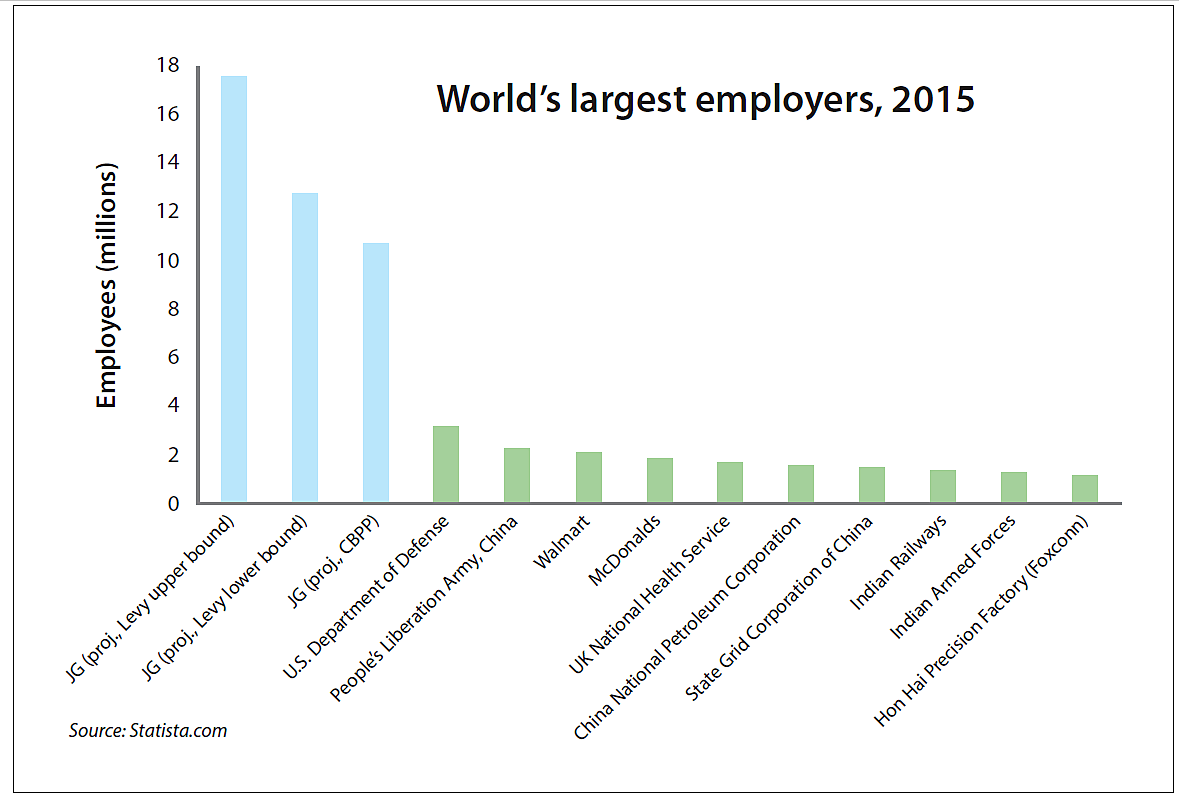