Federal Government Is a Lucrative ‘Industry’

The Bureau of Economic Analysis latest release of industry compensation levels shows that the average federal worker ranks up at the top along with employees in the finance and energy industries. That’s not exactly popular company these days.


Federal civilian workers have the sixth highest average compensation of the 72 industries: 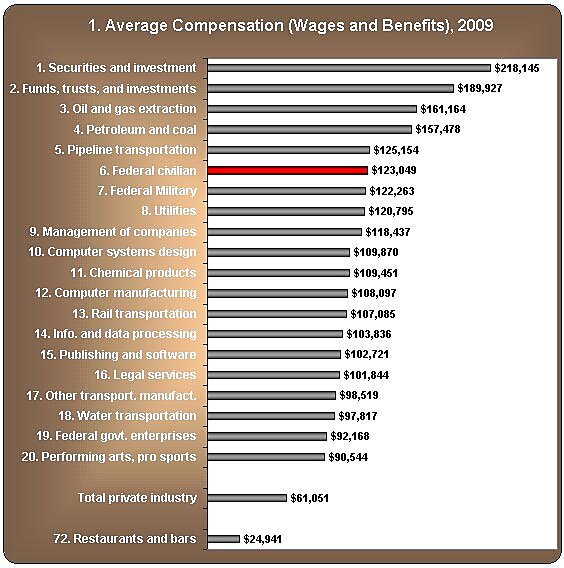 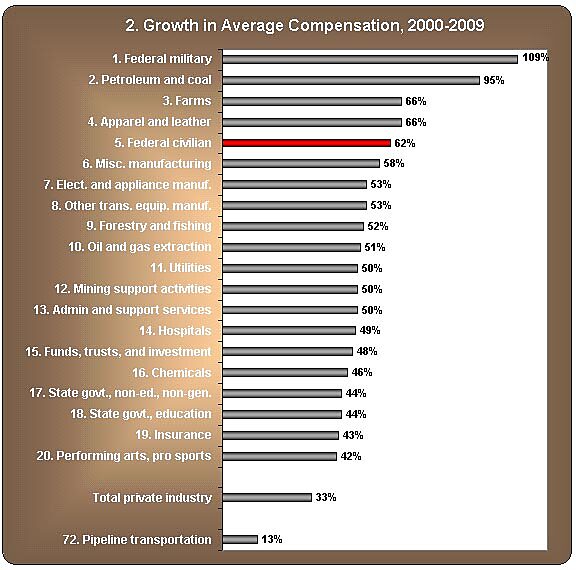