The Bureau of Economic Analysis has released its annual data on compensation levels by industry. The data show that the pay advantage enjoyed by federal civilian workers over private‐​sector workers continues to expand. This state of affairs is a thumb in the eye of the private sector, which continues to struggle with high unemployment. Many private sector employees have been forced to take pay and benefit cuts while continuing to fund generous federal employee compensation with their taxes.


Figure 1 looks at average wages. In 2009, the average wage for 1.95 million federal civilian workers was $81,258, which compared to an average $50,462 for the nation’s 101 million private sector workers (measured in full‐​time equivalents). The figure shows that the federal pay advantage (the gap between the lines) continued its steady increase over the past decade.

Figure 2 shows that the federal advantage is even more remarkable when worker benefits are included. In 2009, federal worker compensation averaged a whopping $123,049, which was more than double the private sector average of $61,051. 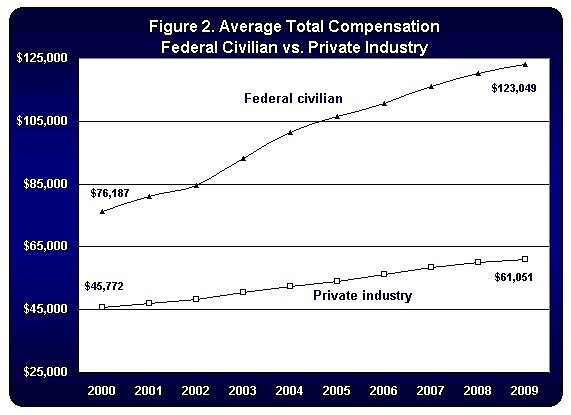 
Figure 3 shows that federal employees also enjoy much greater job security (data is from Table 18 here). In 2009, a private sector employee was more than three times more likely to be laid off or fired than a federal employee. 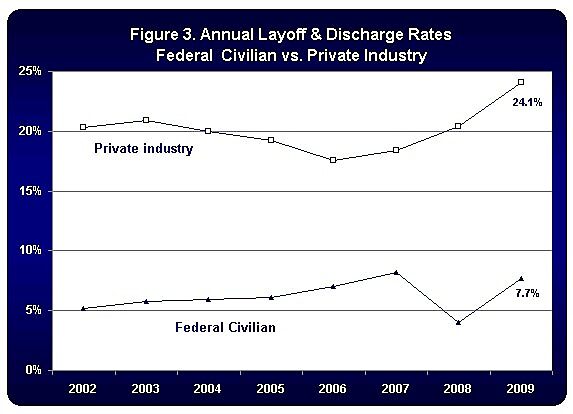 A good indicator of the adequacy of federal compensation is the quit rate. Figure 4 shows that in 2009, private sector employees quit at a rate that was more than eight times higher than federal employees (data is from Table 16 here). This indicates that federal employees recognize that the generous combination of wages, benefits, and job security is hard to match in the private sector, so they stay put. 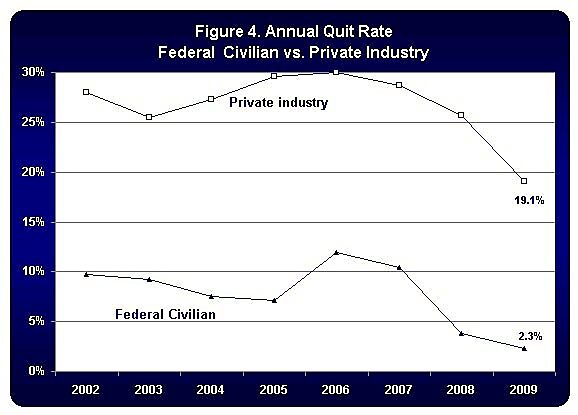