Federal Aid to States Is Too Popular

The Economist’s Free Exchange blog asks: “[W]hy isn’t federal aid to states more popular, and popular enough to get through Congress, given that nearly every American lives in one?”


I would ask the blog’s author: How much more popular would he like it to be? As the following charts show, federal aid to state and local governments has catapulted to record levels. 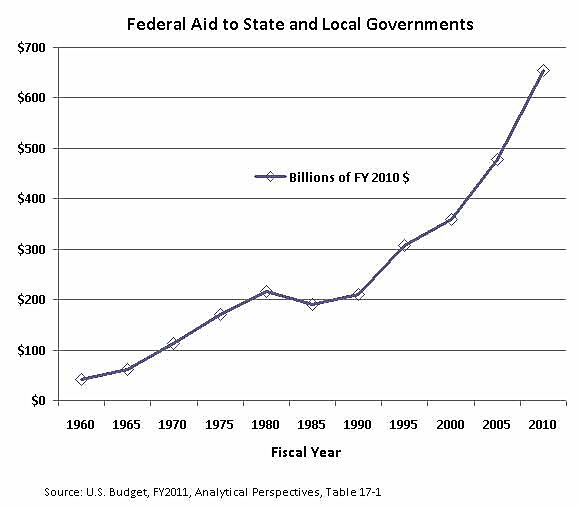 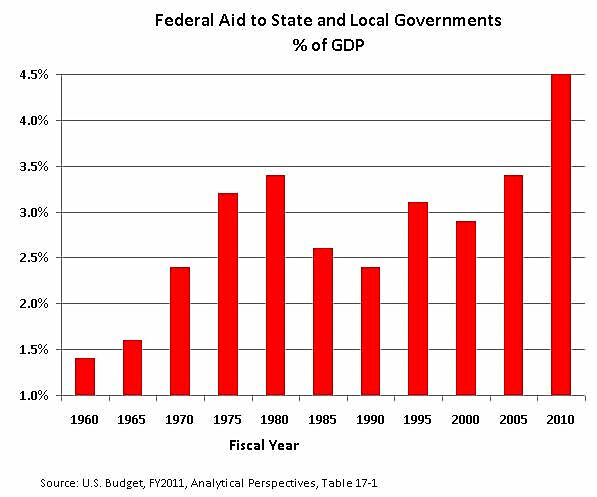 As I’ve discussed elsewhere, Medicaid has been driving the growth in federal subsidies to state and local governments. But other areas, such as education, income security, and transportation, have also seen substantial increases.


Subsidizing state and local government is quite popular with federal, state, and local policymakers and associated special interests. It’s doubtful the average citizen is aware that so much of their state’s spending is derived from their federal tax dollars. However, I suspect that most folks (who aren’t on the take) would frown upon the concept of sending money to Washington only to have politicians send it back to the states via the federal bureaucracy. While there may be popular support for many of the state programs funded with federal dollars, citizens need to understand that federal subsidization of state and local government has fueled unhealthy government growth at all levels.