Democrats complain that fake news stories from web sites supposedly linked to Russia undermined the electoral process. The Antiplanner has been concerned with a related issue for some time, which is fake news stories inspired by Russia that undermine our economy. Here are a few of those stories that I hope Democrats will disavow.

Fake News Item #1: Urban sprawl is paving over all of our farms

This is an old one that has been used to justify central planning similar to that done in the Soviet Union. According to the U.S. Department of Agriculture, the contiguous 48 states have 900 million acres of agricultural land, of which we use only about 40 percent for growing crops. The acres used for crop production have been declining, not because they are getting paved over, but because per-acre yields of most crops are growing faster than our population.

Meanwhile, the department also says that just 84 million acres have been urbanized. This is a little less than the Census Bureau's estimate of 106 million acres, but either way, as the Department of Agriculture says, urbanization is "not considered a threat to the Nation’s food production."

This fake story came out when a fake-news group did a study that found a "small" correlation between suburbs and obesity, then loudly proclaimed that they had proven that suburbs make people fat. They ignored the truth that correlation does not prove causation, and later studies found that, if people in suburbs weigh slightly more than people in cities, it is because overweight people choose to live in the suburbs. Thus, the real story is that overweight people helped to make the suburbs, not the other way around.

This fake story has been retold so often that people take it for granted. In fact, as the Department of Energy's Transportation Energy Data Book reveals, the average car used about 3,122 BTUs per passenger mile in 2014 while the average transit bus used 3,829.

This fake news story is based entirely on anecdotal evidence. In fact, a recent report from the Urban Land Institute (which itself favors more dense development) found that 74 percent of Millennials in the nation's 50 largest metropolitan areas live in low-density suburbs, which is not much different from the 79 percent of the population as a whole. The difference is easily attributable to the reality that many Millennials haven't yet earned enough income to buy their own home.

This fake-news story helped persuade voters in Los Angeles and Seattle to approve tens of billions of dollars worth of new rail construction last month. In fact, a recent study found that no correlation between transit usage and congestion. On the other hand, light rail often increases congestion because it either operates in streets, taking up space that could be used by cars, or crosses streets, delaying cars at intersections, and the delays are greater than the savings from the few cars that light rail takes off the roads. 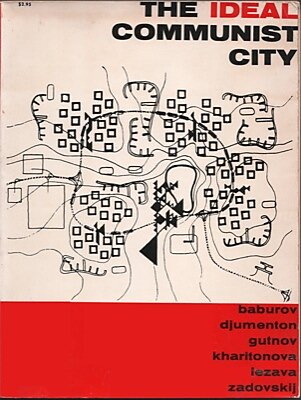 There are many related fake-news stories, all of which are designed to lead to the same conclusions: government must control private land use to keep cities compact and must also heavily subsidize transit to provide mobility in those compact cities. This was the message of The Ideal Communist City, a book written by planners at the University of Moscow in 1965. An English version was published by George Braziller in 1971. 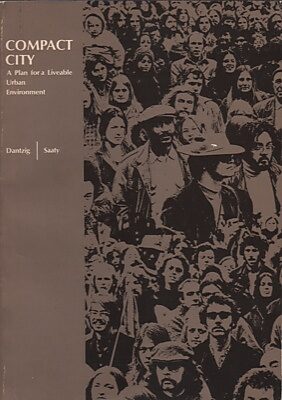 Just three years later, American urban planners published a book titled Compact City that presented the same messages and cited The Ideal Communist City as one of its influences. The Compact City book persuaded Congress to hold hearings in 1979 on how compact cities could save energy. Although the compact-city ideal has been thoroughly debunked, its advocates merely changed the name to "smart growth." 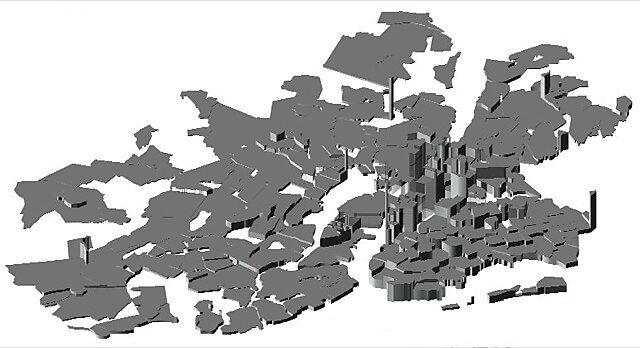 Above is a three-dimensional density chart made by demographer Alain Bertaud showing a typical American urban area. Note that it has a high-density core surrounded by low-density suburbs, some of which have their own little high-density cores. In fact, the area shown is New York, which is atypical in many ways but in this way is typical. 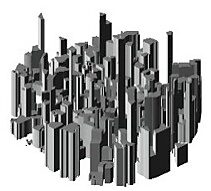 Above is Bertaud's three-dimensional version of an ideal compact or smart-growth city at the same scale as the previous chart. Note that it is of approximately equal density in both the core and its suburbs, and that outside of the urban area there is virtually no density. In fact, the urban area shown is Moscow, showing that the Soviet Union achieved its goal of making an ideal communist city.

Russia would clearly like to hamper our economy in the same way it hampered its own: with central planning, strict land-use controls prescribing how everyone can or cannot use their land, and mobility limited to where you can get to by mass transit. Numerous American groups have eagerly joined this effort by spreading fake news stories about the evils of sprawl and automobiles and why government should promote high-density cities and mass transit. Those who are upset about the influence of fake news on the recent election must expand their concern to the much deeper problem of the influence of fake news on the economy.