Last week I wrote a blog post criticizing Andrew Exum’s views on the philosophy of science. In fact, I was surprised to see that a doctoral candidate at King’s College held these views at all. 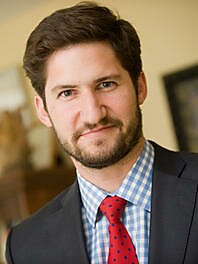 
Today Exum posts a perplexing non‐​response, forswearing any interest in getting involved in the debate…that he brought up in his first post. Instead, he accuses his critics of getting their “proverbial panties in a twist” and posts a response from a reader that doesn’t defend the views Exum expressed in his first post.


I’m not quite sure what to say, other than that this isn’t much of a response. Note, though, that he obliquely makes the same argument he made last week, criticizing Dan Drezner’s “willingness to hold forth on the peoples and politics of the Arabic‐​speaking world and Iran without any time spent in the region or training in its languages.”


Richard Pipes made a similar argument when he argued that despite his lack of expertise in nuclear weapons or security studies he was qualified to lead the Team B project because of his “deep knowledge of the Russian soul.” And we all remember how that turned out.