Ending extreme poverty may sound like a remote dream voiced by idealists and beauty pageant contestants, but that goal’s attainment is actually closer than you think. The share of people living in absolute poverty (i.e., living on less than $1 a day) has dwindled to around five percent of the world’s population. Much of this progress can be attributed to massive poverty reduction in China that elevated hundreds of millions of people out of destitution. 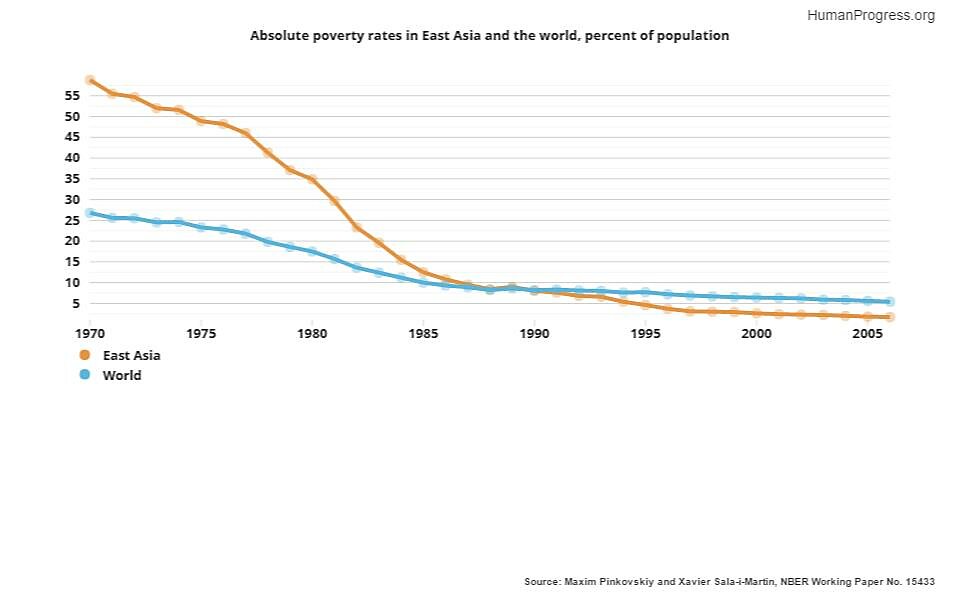 Not only has the share of the global population living on less than $1 a day fallen, but so has the total number of people living on less than $1 a day. This is incredible when one takes into account population growth.  Consider the graph below, showing the total number of absolute poor decrease by more than 700 million between 1981 and 2008, even as the world population rose by 48 percent (i.e., over 2 billion). Again, a large part of this improvement can be explained by China. Even if one excludes China, close to 200 million people escaped absolute poverty over this time period. 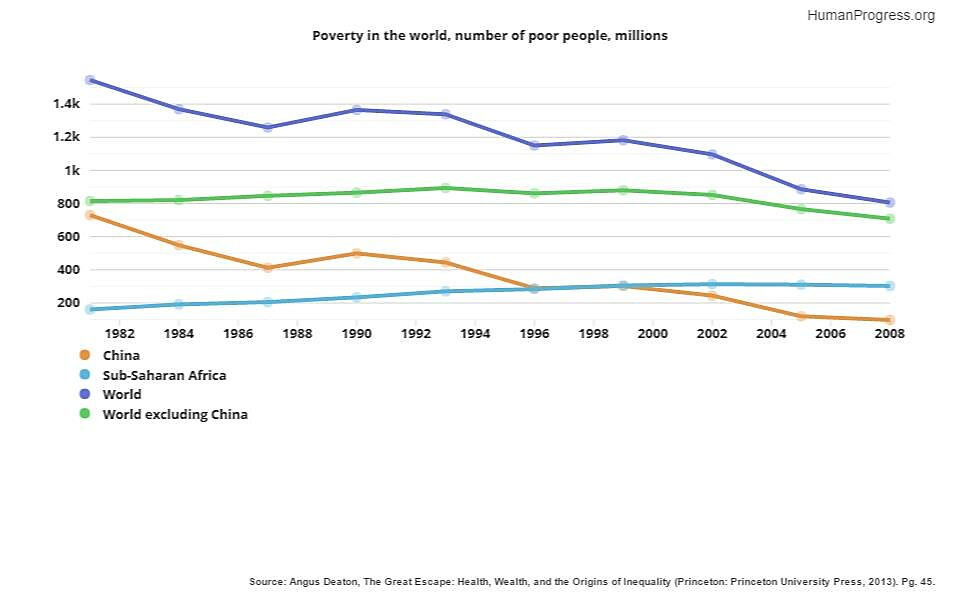 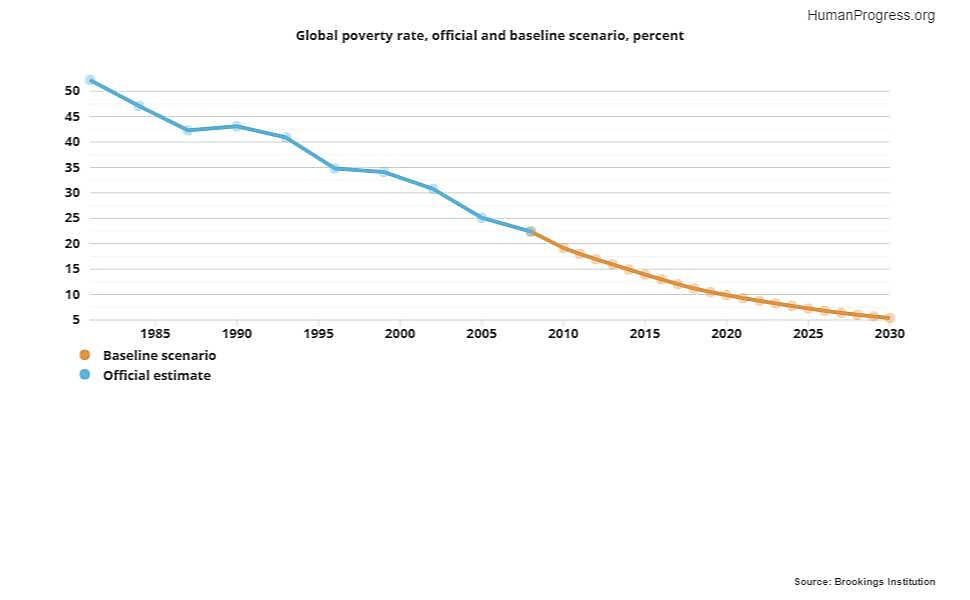 The vast majority of this poverty reduction came about, not because of international aid programs, but rather because of economic development spurred by capitalism and globalization. Even Bono acknowledges this. (Please stay tuned to that video after Bono’s comments conclude to hear HumanProgress.org’s Editor, Marian Tupy, discuss the issue in more detail with John Stossel). Consider the graph below showing China’s economic freedom increasing as the percent of its population living on less than $1.25 a day decreases. 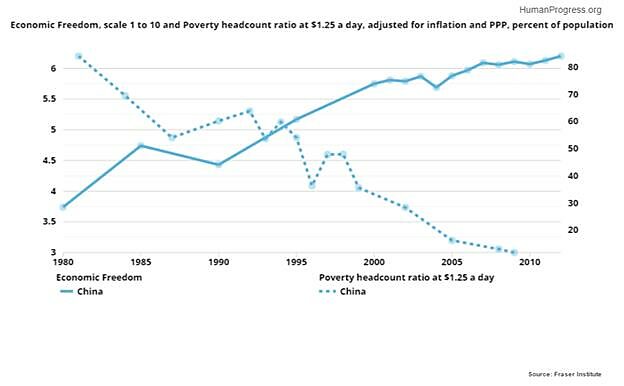 The end of extreme poverty is in sight, quite possibly within our lifetimes, thanks to the free market. To learn more about poverty’s decline, explore the data for yourself at HumanProgress.org, and check out Cato’s recent report on sustaining growth in Africa, the world’s poorest continent.