The 2018 Education Next poll is upon us, probing the public’s feelings about lots of education issues, from grading public schools to thoughts on teacher pay. I’ll just highlight two things here, kind of the opposite ends of the educational freedom spectrum: school choice, and the federally coerced, national curriculum standards known as the Common Core.

As we know about any polling, how a question is worded can have considerable bearing on the results it yields. That’s a primary reason to greet any poll with skepticism. Because the fine folks at Education Next are well aware of this, they asked different versions of several questions, including about choice. What do they reveal? 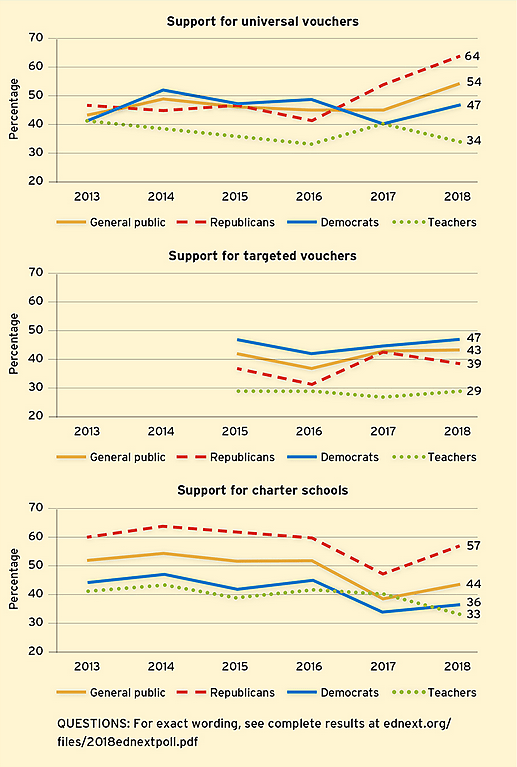 On charters, support is strongest when the term “charter” is mentioned early in the question, and “public” is not appended before it to say “public charter schools.” But it still just elicits plurality support: 44 percent for, 35 percent against.

Tax credits for donations for low-income scholarships is the choice champ—as we’ve seen before—though only one version of the question was asked. It got 57 percent support and 25 percent opposition.

When it comes to vouchers, people seem to want more choice for more people, which sounds about right. But don’t actually use the v-word!

Repeating what we’ve seen for several years, the public supports the egalitarian but innovation- and pluralism-smooshing idea that all children should be subject to the same reading and math standards, and that schools should be held “accountable” using such standards. 61 percent support that idea, while only 26 percent oppose. Mention the Common Core specifically, however, and support plummets to 45 percent, while opposition ticks up to 37 percent. It’s a lot easier to sell abstract niceties than concrete stuff. 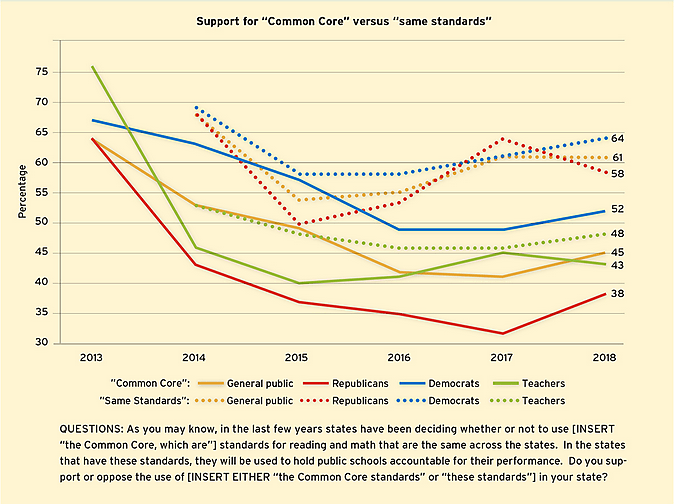 Check out the entire survey for a whole lot more insight into what the public, and lots of groupings within it, think about American education.