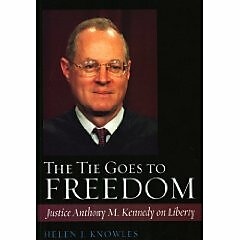 Author Helen Knowles examines how Kennedy's background as a law student and classroom teacher has influenced his judicial philosophy. The book begins by examining Kennedy's judicial thought in the context of libertarian thought. Knowles does not call the justice a libertarian. Instead, in a sympathetic but not uncritical analysis, she uses libertarian philosophy, focusing on privacy, race, and speech cases, to draw out Kennedy’s views about limited government and individual liberty. Please join us for a discussion of Justice Kennedy's "modest libertarianism," with comments by one of the nation's foremost constitutional scholars, Professor Randy Barnett.

Join Cato scholar Dan Mitchell and former member of the Cayman Islands Monetary Authority Richard Rahn to review the myths and realities about the role of tax havens in the global economy.

POLICY FORUM- Georgia's Liberal Institutions In the Wake of War and the Global Economic Crisis
12:00 PM (Luncheon to Follow)
The Cato Institute