Yesterday, in the wake of Tuesday’s State of the Union address, I poured cold water on President Obama’s claim that a hike in the minimum wage for federal contract workers would benefit the United States’ economy, pointing specifically to unemployment rates in the European Union. The data never lie: EU countries with minimum wage laws suffer higher rates of unemployment than those that do not mandate minimum wages. This point is even more pronounced when we look at rates of unemployment among the EU’s youth – defined as those younger than 25 years of age. 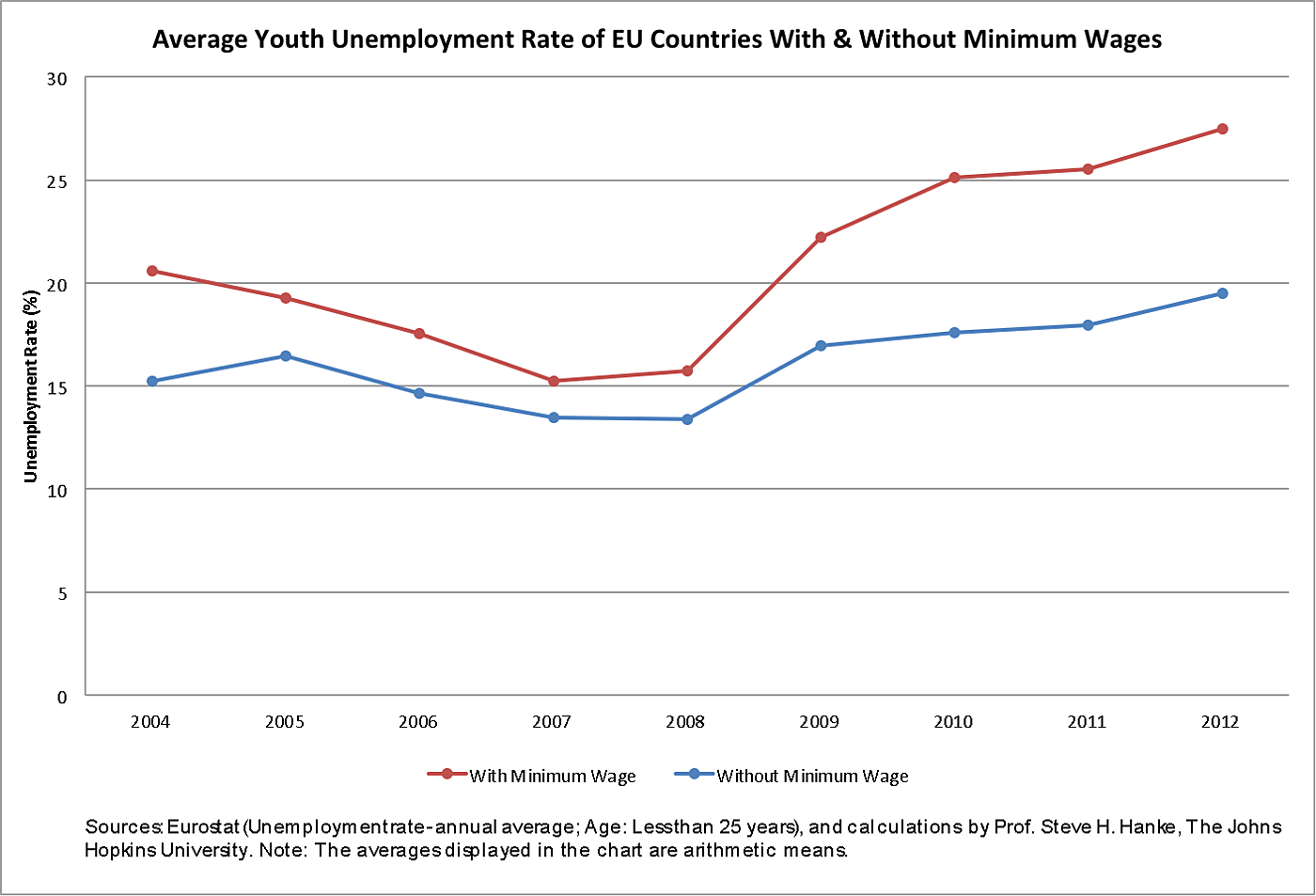 In the twenty‐​one EU countries where there are minimum wage laws, 27.7% of the youth demographic – more than one in four young adults – was unemployed in 2012. This is considerably higher than the youth unemployment rate in the seven EU countries without minimum wage laws – 19.5% in 2012 – a gap that has only widened since the Lehman Brothers collapse in 2008.


I will conclude yet again with a piece of wisdom from Nobelist Milton Friedman, who correctly noted that “the minimum wage law is most properly described as a law saying employers must discriminate against people who have low skills. That’s what the law says.”