President Obama set the chattering classes abuzz after his unilateral announcement to raise the minimum wage for newly hired Federal contract workers. During his State of the Union address, he sang the praises for his action, saying that “It’s good for the economy; it’s good for America.”[1] Yet this conclusion doesn’t pass the economic smell test; just look at the data from Europe. 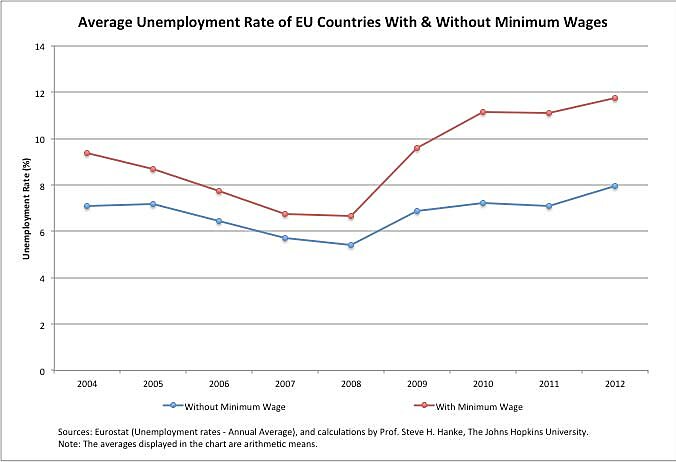 
Nobelist Milton Friedman said it best when he concluded that “The real tragedy of minimum wage laws is that they are supported by well‐​meaning groups who want to reduce poverty. But the people who are hurt most by high minimums are the most poverty stricken.”[2]