Europe United (under the Hammer and Sickle) 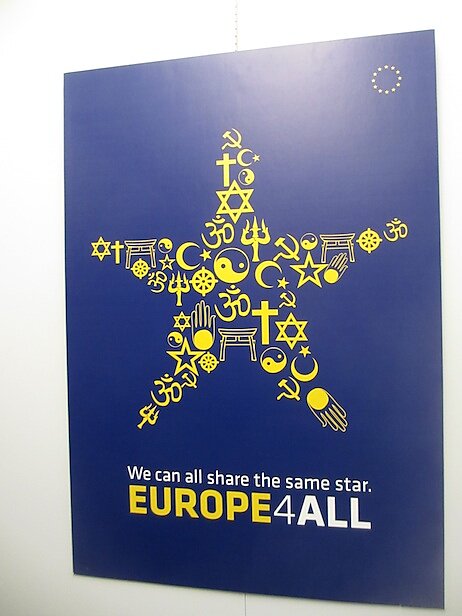 Daniel Hannan, the British Member of the European Parliament, has blogged about a poster he saw at the offices of the EU Commission in Brussels. The symbol of communism is experiencing something of a revival throughout the world. Even here in Washington D.C., it is not unusual to bump into a latte‐​drinking, hammer‐​and‐​sickle‐​wearing hipster in desperate need of a shower and a shave. But an official government poster with a symbol of a regime that killed over 100 million people is simply too much—especially if that government claims to honor human rights and has just won the Nobel Peace Prize. While communism has always been a fun notion for trendy leftists enjoying the good life in the West, it was a horrific reality for hundreds of millions of people behind the Iron Curtain. Which begs a question: what on earth are the Czechs, Poles, Hungarians, Slovaks, Estonians, Latvians, Lithuanians and Slovenes, still doing in a corrupt, indebted, stagnating, unaccountable and, apparently, morally deaf organization like the European Union?