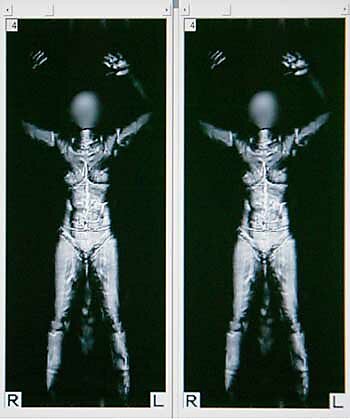 Last week, the Electronic Privacy Information Center released a petition from a group it spearheaded, asking the Department of Homeland Security to suspend deployment of whole‐​body imaging (aka “strip‐​search machines”) at airports.


The petition is a thorough attack on the utility of the machines, the process (or lack of process) by which DHS has moved forward on deployment, and the suitability of the privacy protections the agency has claimed for the machines and computers that display denuded images of air travelers.


The petition sets up a variety of legal challenges to the use of the machines and the process DHS has used in deploying them.


Whole‐​body imaging was in retreat in the latter part of last year when an amendment to severely limit their use passed the House of Representatives. The December 25 terror attempt, in which a quantity of explosives was smuggled aboard a U.S.-bound airplane in a passenger’s underpants, gave the upper hand to the strip‐​search machines. But the DHS has moved forward precipitously with detection technology before, wasting millions of dollars. It may be doing so again.


My current assessment remains that strip‐​search machines provide a small margin of security at a very high risk to privacy. TSA efforts to control privacy risks have been welcome, though they may not be enough. The public may rationally judge that the security gained is not worth the privacy lost.


Wouldn’t it be nice if decisions about security were handled in a voluntary rather than a coercive environment? With airlines providing choice to consumers about security and privacy trade‐​offs? As it is, with government‐​run airline security, all will have to abide by the choices of the group that “wins” the debate.