Last August, the Federal Register announced a period of public commentary on information germane to a new set of Corporate Average Fuel Economy (CAFE) standards for the 2022–2025 period. The extant standard, of roughly 50 miles per gallon (MPG) for passenger cars and other light vehicles, was put in place in January 2017, right at the end of the Obama Administration.


It is not surprising that EPA Administrator Scott Pruitt announced the Obama standards are not to stand; we hope our extensive public comments submitted on September 27 exerted some influence on this decision.

There is a paradigm‐​shift occurring in global warming that is highly relevant… It began with the revelation of remarkable and increasing discrepancies between the climate models…in the most recent report of the U.N’s Intergovernmental Panel on Climate Change (IPCC), and observations in the bulk atmosphere over vast swaths of the planet.

Figure 1 (below) shows this discrepancy. 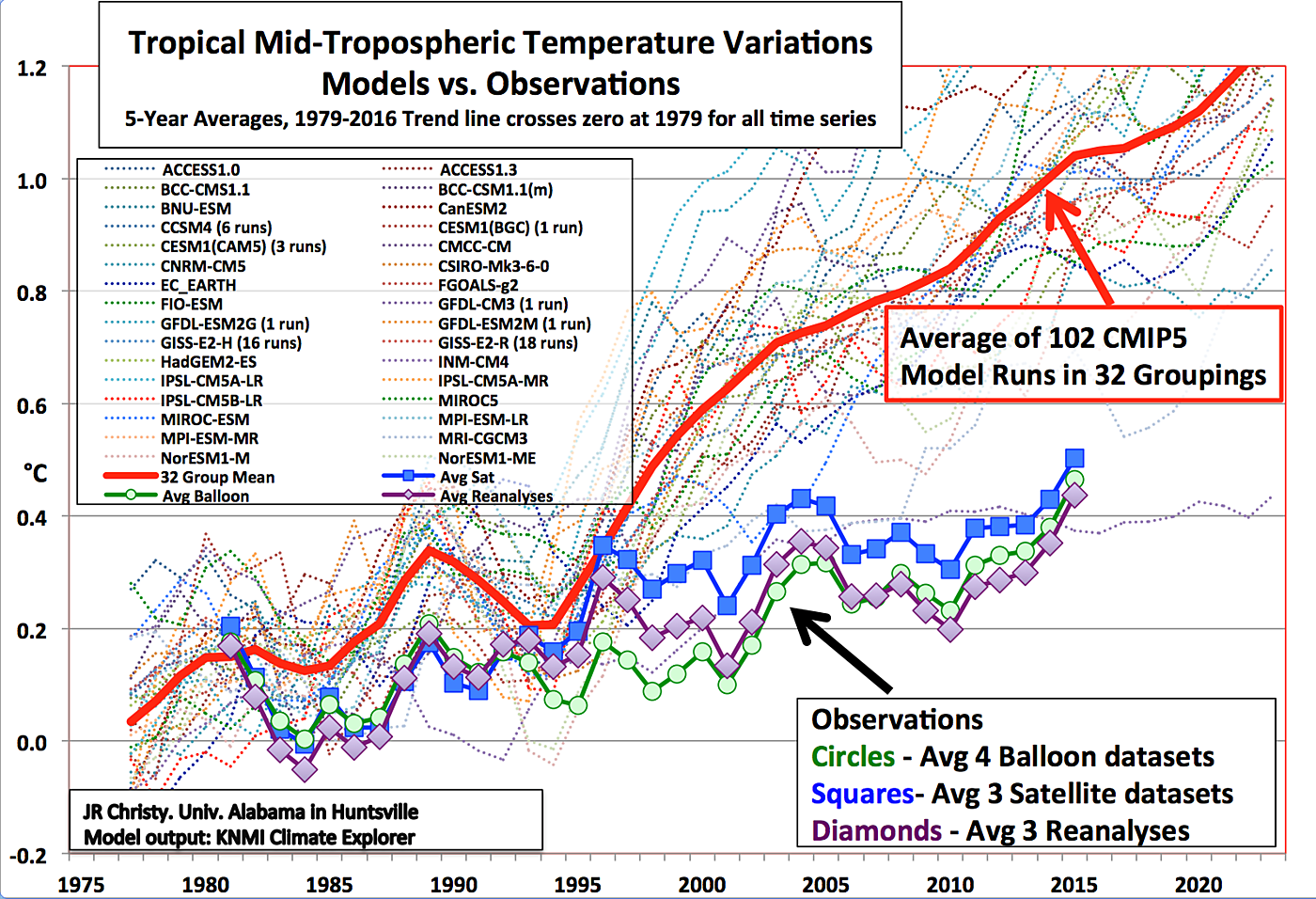 Figure 1. Average of the IPCC computer model projections for the tropical mid‐​troposphere versus three standard sets of observations: weather balloons, temperature sensed from satellites, and “reanalysis” data used to initialize the daily weather map. The growing discrepancy is obvious, even with the 2016 El Nino warm spike at the end. 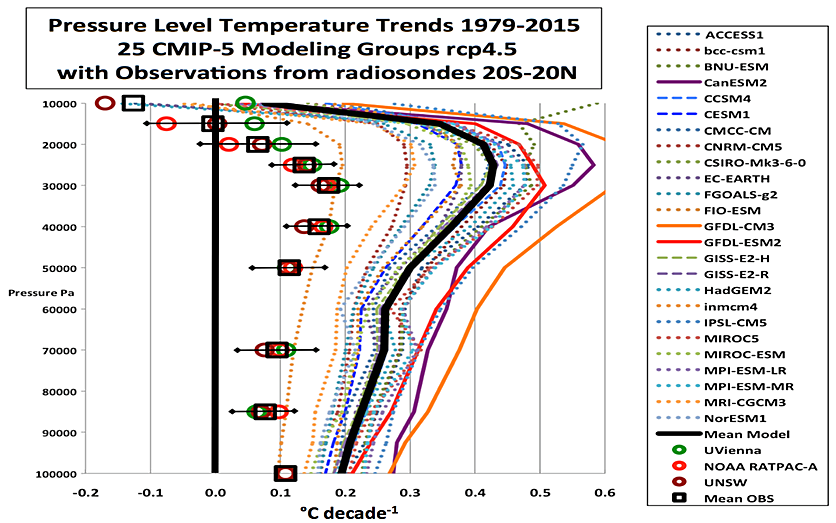 Figure 2 (above) shows the problem in the vertical tropics, where as much as seven times as much warming has been predicted at high altitude since the satellites became operational in 1979.


Figure 2 has enormous consequences for weather. It is the vertical distribution of temperature that determines how much moisture is wafted sky ward in the fetid tropics. Much of the extratropical temperate zone depends upon this juice.


It is noteworthy that models in general predict the greatest amounts of future warming, while observationally‐​based studies, often about interglacial‐​glacial transitions, or differences between geological eras, tend to come up with less warming. Given data or a model, most folks will pick the former.


We detail our reasons for re‐​examining the 2022–25 CAFÉ standards here. Have a look and we think you’ll agree that Administrator Pruitt has pretty sound science behind the need to revisit standards that were generated absent some of this very important data.