There's a supposed expose' in the U.K.-based Daily Mail about how major British companies have subsidiaries in low-tax jurisdictions. It even includes this table with the ostensibly shocking numbers. 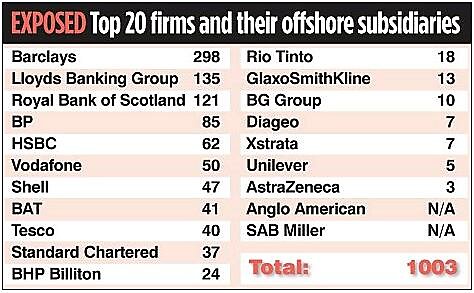 This is quite akin to the propaganda issued by American statists. Here's a table from a report issued by a left-wing group that calls itself "Business and Investors Against Tax Haven Abuse." 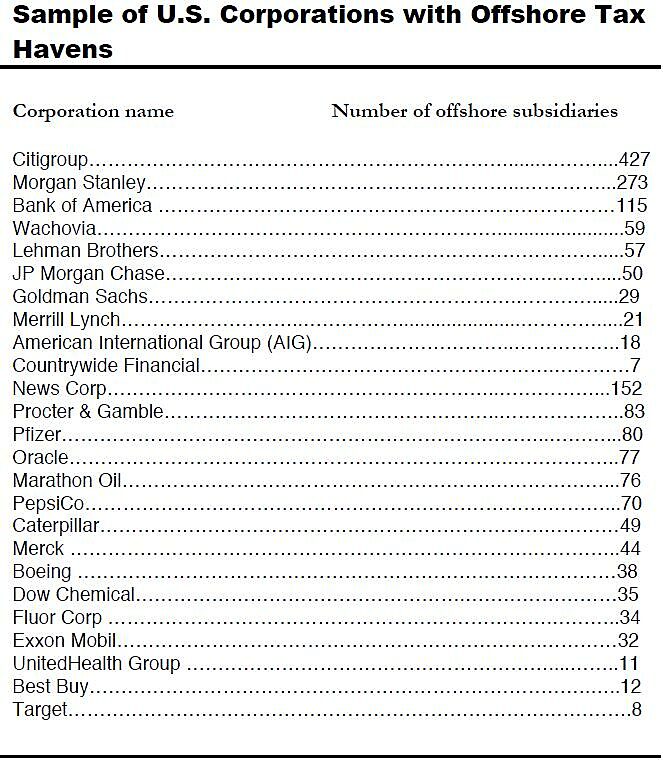 At the risk of being impolite, I'll ask the appropriate rhetorical question: What do these tables mean?

Are the leftists upset that multinational companies exist? If so, there's really no point in having a discussion.

Are they angry that these firms are legally trying to minimize tax? If so, they must not understand that management has a fiduciary obligation to maximize after-tax returns for shareholders.

Are they implying that these businesses are cheating on their tax returns? If so, they clearly do not understand the difference between tax avoidance and tax evasion.

Are they agitating for governments to impose worldwide taxation so that companies are double-taxed on any income earned (and already subject to tax) in other jurisdictions? If so, they should forthrightly admit this is their goal, notwithstanding the destructive, anti-competitive impact of such a policy.

Or, perhaps, could it be the case that leftists on both sides of the Atlantic don't like tax competition? But rather than openly argue for tax harmonization and other policies that would lead to higher taxes and a loss of fiscal sovereignty, they think they will have more luck expanding the power of government by employing demagoguery against the big, bad, multinational companies and small, low-tax jurisdictions.

To give these statists credit, they are being smart. Tax competition almost certainly is the biggest impediment that now exists to restrain big government. Greedy politicians understand that high taxes may simply lead the geese with the golden eggs to fly across the border. Indeed, competition between governments is surely the main reason that tax rates have dropped so dramatically in the past 30 years. This video explains.