Prior to the bombing and manhunt in Boston last week, Bruce Schneier pointed to an interesting interview with Rebecca Solnit, author of the book: A Paradise Built in Hell: The Extraordinary Communities That Arise in Disaster. She talks of a concept called elite panic.

The term “elite panic” was coined by Caron Chess and Lee Clarke of Rutgers. From the beginning of the field in the 1950s to the present, the major sociologists of disaster — Charles Fritz, Enrico Quarantelli, Kathleen Tierney, and Lee Clarke — proceeding in the most cautious, methodical, and clearly attempting‐​to‐​be‐​politically‐​neutral way of social scientists, arrived via their research at this enormous confidence in human nature and deep critique of institutional authority. It’s quite remarkable.

Summarizing her research, Soltis found a portrait elites paint of the public, to which they respond in times of crisis:

Part of the stereotypical image is that we’re either wolves or we’re sheep. We’re either devouring babies raw and tearing up grandmothers with our bare hands, or we’re helpless and we panic and mill around like idiots in need of Charlton Heston men in uniforms with badges to lead us. I think we’re neither, and the evidence bears that out.

There’s no denying the importance and value of investigating and capturing the perpetrators of the bombing, and I do not do so here, but elite panic seems to have been at play in Boston. 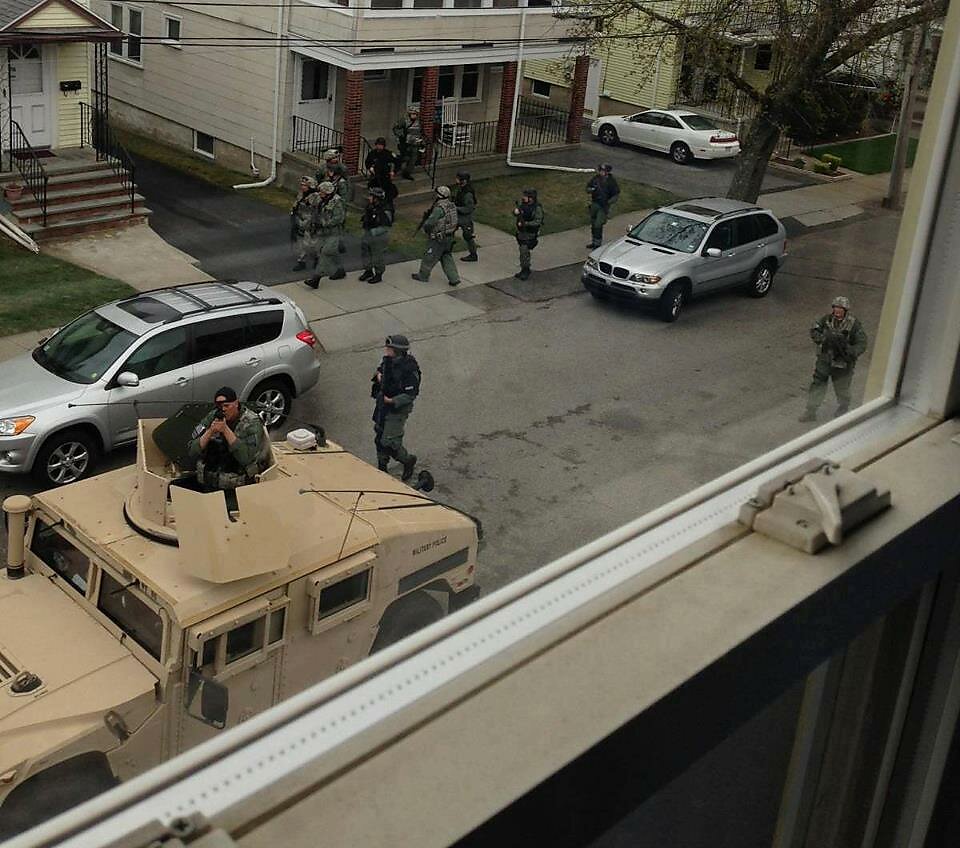 The lockdown—technically voluntary, but tell that to the guy in the tank (HT: Bovard)—treated the public variously as suspects, sources of interference, or targets for display of governmental authority.


Who are the elites? How does their panic manifest itself? “Elite panic” is not a tight enough concept to declare affirmatively that Boston is its examplar, but the concept is worth having in mind. The resources and resourcefulness of civil society are great and entirely accessible in times of peril. They should not be pushed aside at these times—certainly not at the business end of a gun.