Debates over smart growth–sometimes known as new urbanism, compact cities, or sustainable urban planning, but always meaning higher urban densities and a higher share of people in multifamily housing–boil down to factual questions. But smart‐​growth supporters keep trying to twist the arguments into ideological issues. 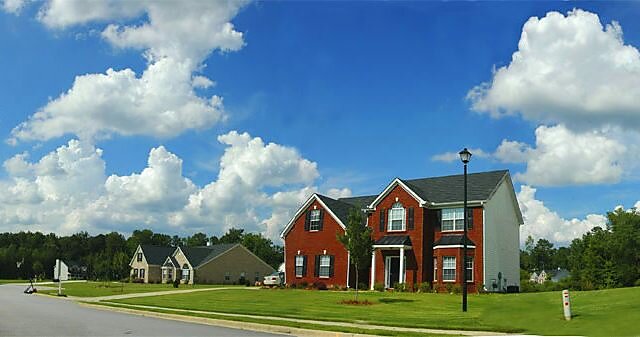 The choice should be yours: suburbs, or …[/​caption]


Fisher adds, “we [meaning government] should promote density where it makes sense and prohibit it where it doesn’t”; in other words, restrict personal freedom whenever planners’ ideas of what “makes sense” differ from yours. Why? As long as people pay the costs of their choices, they should be allowed to choose high or low densities without interference from planners like Fisher. 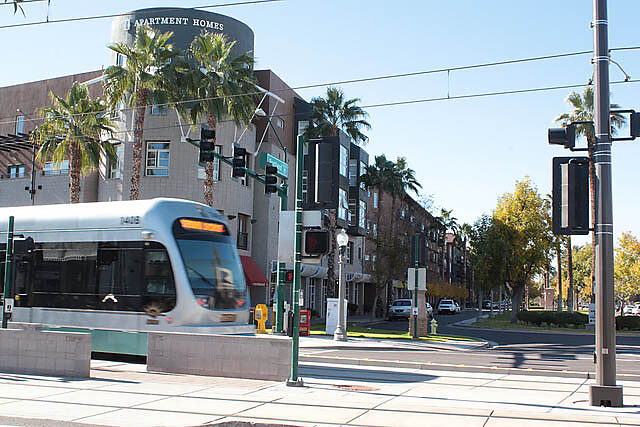 
Another writer who makes this ideological is Daily Caller contributor Matt Lewis, who believes that conservatives should endorse new urbanism. His weird logic is conservatives want people to love their country, high‐​density neighborhoods are prettier than low‐​density suburbs, and people who don’t have pretty places to live will stop loving their country. Nevermind that more than a century of suburbanization hasn’t caused people to stop loving their country; the truth is there are many beautiful suburbs and many ugly new urban developments.


Lewis adds, “Nobody I know is suggesting that big government–or the U.N.!–ought to mandate or impose these sorts of development policies.” He apparently doesn’t know many urban planners, and certainly none in Denver, Portland, San Francisco, Seattle, the Twin Cities, or other metropolitan areas where big government in the form of regional planning agencies (though not the U.N.) are doing just that. If new urbanism were simply a matter of personal choice, no one would criticize it.


The real issues are factual, not ideological.

Fact #1: Contrary to University of Utah planning professor Arthur Nelson, most people everywhere prefer low‐​density housing as soon as they have transport that is faster than walking. While a minority does prefer higher densities, the market will provide both as long as there is demand for them.


Fact #2: Contrary to Matt Lewis, American suburbanization did not result from a “post‐​World War II push for sprawl” coming from “the tax code, zoning, a federally financed highway system, and so on.” Suburbanization began before the Civil War when steam trains could move people faster than walking speed. Most American families abandoned transit and bought cars long before interstate highways–which, by the way, more than paid for themselves with the gas taxes collected from the people who drove on them. Nor did the tax code promote sprawl: Australians build bigger houses with higher homeownership rates in suburbs just as dispersed as America’s without a mortgage interest deduction.


Fact #3: Contrary to Thomas Fisher, low‐​density housing costs less, not more, than high‐​density. Without urban‐​growth boundaries or other artificial restraints, there is almost no urban area in America short of land for housing. Multifamily housing costs more to build, per square foot, than single‐​family, and compact development is expensive because the planners tend to locate it in areas with the highest land prices. The relative prices in my article–$375,000 for a 1,400-square-foot home in a New Urban neighborhood vs. $295,000 for a 2,400-square-foot home on a large suburban lot–are typical for many smart‐​growth cities: compare these eastside Portland condos with these single‐​family homes in a nearby Portland suburb.


Fact #4: Contrary to Fisher, the so‐​called costs of sprawl are nowhere near as high as the costs of density. Rutgers University’s Costs of Sprawl 2000 estimates that urban services to low‐​density development cost about $11,000 more per house than services to high‐​density development. This is trivial compared with the tens to hundreds of thousands of dollars added to home prices in regions whose policies promote compact development.


Fact #5: Contrary to University of Minnesota planning professor Richard Bolan, the best way to reduce externalities such as pollution and greenhouse gases is to treat the source, not try to change people’s lifestyles. For example, since 1970, pollution controls reduced total air pollution from cars by more than 80 percent, while efforts to entice people out of their cars and onto transit reduced pollution by 0 percent.


Fact #6: Contrary to Lewis, suburbs are not sterile, boring places. Suburbanites have a strong sense of community and are actually more likely to engage in community affairs than city dwellers.


Fact #7: Smart growth doesn’t even work. It doesn’t reduce driving: After taking self‐​selection into account, its effects on driving are “too small to be useful.” It doesn’t save money or energy: multifamily housing not only costs more, it uses more energy per square foot than single‐​family, while transit costs more and uses as much or more energy per passenger mile as driving. When planners say smart growth saves energy, what they mean is you’ll live in a smaller house and have less mobility.


These planners think only government can know what is truly right for other people. Even if you believe that, government failure is worse than market failure and results in subsidies to special interest groups for projects that produce negligible social or environmental benefits.


If urban planners have a role to play, it is to ensure people pay the costs of their choices. Instead, it is planners, rather than economists such as myself, who have become ideological, insisting density is the solution to all problems despite the preferences of 80 percent of Americans for low‐​density lifestyles.