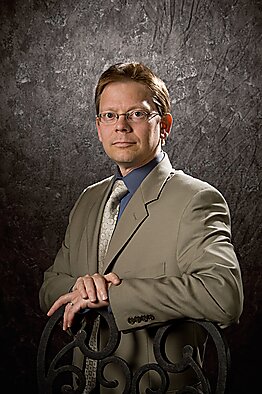 Early yesterday morning, after a fifteen month battle with brain cancer, Senior Fellow in Education Policy Andrew Coulson passed away. He is survived by his beloved wife Kay. Andrew was 48 years old.


Andrew’s death is very sad news for everyone at Cato, but especially those of us at the Center for Educational Freedom, where Andrew was the director—and an almost impossibly sunny colleague—for more than a decade. Coming from a computer engineering background, Andrew seized on education reform—and the need for educational freedom—not because he had spent a career in education, but because he saw a system that was illogical, that was hurting society and children, and that needed to be fixed.


And when Andrew wanted to fix something, he went to work.


Andrew hit the radars of everyone involved in education reform—especially school choice—with his 1999 book Market Education: The Unknown History, which captured exactly what he wanted everyone to know about education. For much of history, Andrew made clear, education was grounded in the free and voluntary interactions of teachers, students, and families—and when it was, it worked better for everyone than the rigid, moribund, government‐​dominated model we have today.


Andrew was not in the reform vanguard just in laying out the historical, logical, and empirical case for truly free‐​market education, but also in determining how, practically, to do that. Andrew was perhaps the earliest and clearest voice calling for tax‐​credit funded choice in preference to publicly funded voucher programs, which are themselves infinitely preferable to being assigned to a school based simply on your home address. Tax credit programs, he argued, would be more attractive—except to those who would lard regulations onto schools – by breaking the connection between state money and school choices. People would choose whether to donate to scholarships, and even to which organizations or schools such donations would go, rather than have the state hand out funds from all taxpayers.


Today, the wisdom of this choice mechanism has been borne out, with tax‐​credit‐​based programs starting later than vouchers, but now exceeding total enrollment by about 53,000 students. And enrollment through private educational choice programs of all types—vouchers, tax credits, and education savings accounts—has ballooned since 1999, when Market Education was published, from just a few thousand children to nearly 400,000.


That is tremendous progress. But as Andrew would be the first to proclaim, it is not nearly enough. Indeed, with an eye to pushing choice much further, before he died Andrew was putting the finishing touches on a documentary series vividly and humorously illustrating why we need educational freedom, and the great benefits even limited freedom in education has produced. We hope Andrew’s labor of love will be appearing on television sets across the country in the coming months.


Andrew Coulson is no longer with us. Thankfully, his ideas remain, and they will always illuminate the pathway forward.