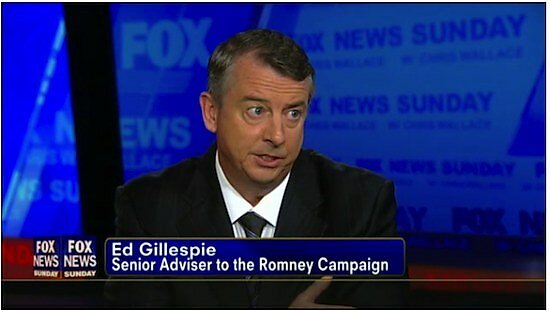 In the March/​April issue of Foreign Policy magazine, Republican strategists Karl Rove and Ed Gillespie opened an article titled “How to Beat Obama” with this paragraph:

In an American election focused on a lousy economy and high unemployment, conventional wisdom holds that foreign policy is one of Barack Obama’s few strong suits. But the president is strikingly vulnerable in this area. The Republican who leads the GOP ticket can attack him on what Obama mistakenly thinks is his major strength by translating the center‐​right critique of his foreign policy into campaign themes and action. Here’s how to beat him.

There are two basic themes here: 1) that the conventional wisdom that foreign policy isn’t a big issue in this election is wrong, and 2) that foreign policy can and should be a winning issue for the GOP candidate. They go on to outline how [Mitt Romney] should try to make foreign policy an issue. Then, oddly, the article circles back around to this paragraph:

Absent a major international crisis, this election will be largely about jobs, spending, health care, and energy. Voters do, however, want a president who leads on the world stage and a commander in chief who projects strength, not weakness.

Now one of Romney’s foreign policy advisers is going on offense, saying that Obama’s approach to strategy could be characterized as a game of “Mother, may I?”


So–should the GOP try to make foreign policy an issue or not? The idea that foreign policy can be a winning issue for Romney was interesting to me, and I criticized the Rove/​Gillespie article here (with Rob Farley) and here in a podcast. So I was intrigued when Chris Wallace asked Gillespie on Fox News Sunday, “In one paragraph, two or three sentences, what’s the choice for voters?” Here’s Gillespie’s response:

The choice for voters is if we are going to have a dynamic pro‐​growth economy based on free enterprise, that creates jobs, that lifts people out of poverty, that provides upward mobility for someone like my father who was an immigrant, who came to this country and was able to become a small business owner, versus a government‐​centered society — one that requires, you know, to meet mandates and comply with regulations and fill out forms and seek waivers, and try to get your subsidies, where people in Washington, D.C. are making decisions about how people their spend money, as oppose to free enterprise and personal religious freedom and personal freedom that has made this country great and has helped to create more jobs than anything, any government we’ve ever seen.

Not a word about foreign policy. It will be interesting to see if Rove and Gillespie prevail on Romney and get him to try to make foreign policy an issue. Beyond inchoate laments about Obama not understanding American exceptionalism, not “leading” and nonspecific rhetoric like that, I’m betting they won’t.