The new book The Locavore’s Dilemma, which will be presented at Cato on Wednesday, got a good review in Saturday’s Wall Street Journal: 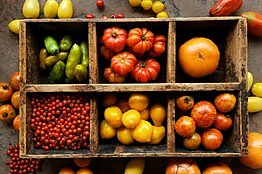 Pierre Desrochers and Hiroko Shimizu seem to have had the most fun among this group of authors. “The Locavore’s Dilemma” argues that the benefits of eating local have been vastly overstated by food activists and its serious detriments swept under the rug. The tone is distinctly upbeat, no doubt because being a gleeful debunker is fun but also because the two authors are resolutely cheerful about the world’s food situation.


Mr. Desrochers and Ms. Shimizu, a married couple who are both professional economists, present a counterintuitive but well‐​supported case that local self‐​sufficiency is the worst thing you can do for the environment, since it requires many crops to be grown in the wrong places, with damaging ecological consequences. American farmers, they observe, used to grow wheat locally in the Shenandoah Valley, tilling steep and rocky slopes—and unleashing a torrent of soil erosion. With the shift of grain farming to the far more productive and erosion‐​resistant soils of the Midwest, “more grain is now being produced on fewer acres and, overall, more habitat is available for wildlife.” Their study of the history of American agriculture is one of the strongest points of this book.


Famines were common in the past precisely because food security rested on the vagaries of local conditions rather than the resiliency of trade, they observe: “Subsistence farmers periodically starve while commercial agricultural producers who rely on monocultures for their livelihood don’t.”