The Disaster of World War I 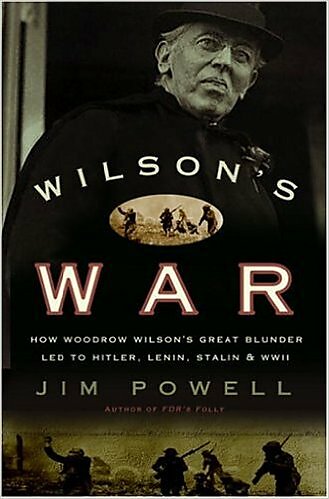 On this day 100 years ago, the Battle of the Somme began. Over the course of five months it would see a million men killed or wounded. The British suffered almost 60,000 casualties on July 1 alone, making it the worst day in British military history.


Cato senior fellow and historian Jim Powell wrote about the blunders and consequences of World War I in his book Wilson’s War: How Woodrow Wilson’s Great Blunder Led to Hitler, Lenin, Stalin, and World War II. He summarized his argument in Cato Policy Report two years ago:

World War I was probably history’s worst catastrophe, and U.S. President Woodrow Wilson was substantially responsible for unintended consequences of the war that played out in Germany and Russia, contributing to the rise of totalitarian regimes and another world war.

Indeed World War I was a catastrophe, a foolish and unnecessary war, a war of European potentates that both England and the United States could have stayed out of but that became indeed a World War, the Great War. In our own country the war gave us economic planning, conscription, nationalization of the railroads, a sedition act, confiscatory income tax rates, and prohibition. Internationally World War I and its conclusion led directly to the Bolshevik revolution, the rise of National Socialism, World War II, and the Cold War.

On this weekend as we celebrate American independence we should mourn those who went to war, and we should resolve not to risk American lives in the future except when our vital national interests are at stake.