CNN​.com has an article today on disability overpayments made by the Social Security Administration ($1.3 billion over two years according to a recent Government Accountability Office report). Although people often associate government overpayments with fraud, often times it’s just bureaucratic bungling.


Take for example this fellow who tried to do the right thing. In fact, he’s still trying:

One 33‐​year‐​old veteran began receiving Social Security disability payments after his left foot was amputated following an explosion in Iraq in 2007. After going through rehab for his prosthetic leg, he began working full‐​time for a defense contractor in 2009. As soon as he started collecting a paycheck, the veteran, who asked to remain anonymous, reported his roughly $100,000 annual salary to the Social Security Administration.


When recipients of disability benefits reenter the workforce, they have a nine‐​month trial period in which they continue to receive benefits. Once the trial period ends and their earnings exceed a certain level — currently $1,040 a month — the payments are supposed to stop. And that’s exactly what happened in his case.


But then, last July, he noticed a $75,000 deposit in his checking account. Three days later, a letter arrived from the Social Security Administration saying it had reinstated his benefits because he had not been “gainfully employed” during the past three years.


He called the agency and was told the mistake would be investigated. Finally, in November, he was notified that the benefits he received were indeed a mistake and he must repay the agency. But, oddly, the amount requested was a few thousand dollars less than the $75,000 overpayment he had received.


Worried he’d be accused of defrauding a federal agency, he filed an appeal — which he was later told had been lost. His second appeal is still pending. While he hasn’t had to pay any interest on the overpayments, he has had to pay more than $23,000 in income tax on that additional “income.”

Yes, it’s just one story and millions of Americans receive accurate payment for benefits that they are legally entitled to. But as I discuss in a paper on Social Security Disability Insurance, the program is collapsing under its own weight. Indeed, at the same time this veteran is fighting to give the money back, the SSA is “properly” paying out disability benefits to… an “adult baby.” 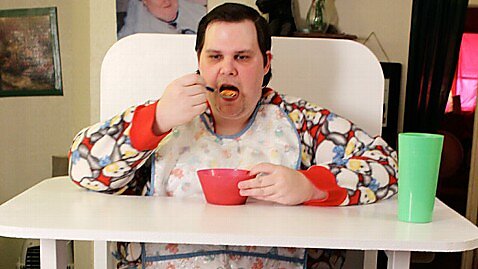