The National Conference of State Legislatures recently held a briefing on REAL ID, the U.S. national ID law, for state legislators that is both fascinating and strange. It is fascinating to see Department of Homeland Security officials prevaricate so openly before state officials about what this national ID law does. And it is strange to see the National Conference of State Legislatures, a group that nominally represents the interests of states, working with the federal government to erode state power.

DHS officials evidently see it as a priority to avoid the impression that REAL ID compliance creates a national identification system. DHS's PowerPoint presentation to NCSL, echoed in the oral briefing, insists that REAL ID "[d]oes not create a national ID card, a Federal database of driver information, or new Federal access to state data." 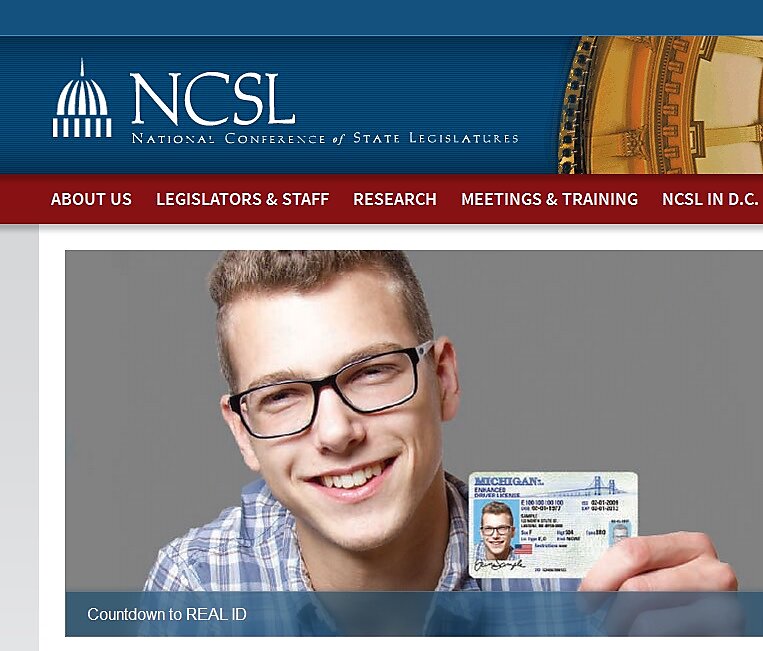 It's true that the REAL ID law doesn't require states to hand driver data over to the federal government in bulk. (The E-Verify RIDE program is for that.) But states will probably not be able to refuse a bulk information sharing requirement if and when the DHS creates a policy giving itself access. But score that part of this statement as accurate for now.

The question of a national database I addressed a few weeks ago in response to an inaccurate DHS "rumor control" web page. There is absolutely a national database system, equivalent to a single, centralized database, and it is required by the REAL ID law. Perhaps DHS's briefers used the word "federal" to mislead the NCSL audience. The database system that REAL ID demands of states would be operated by states and the American Association of Motor Vehicle Administrators at the federal government's behest. That's not a "federal" database, technically, because it is owned and managed by states and the umbrella organization for departments of motor vehicles. But is surely a database run for the federal government and federal purposes. It's clever phrasing that would tend to mislead the NCSL audience on this topic.

Finally, there's the question of a national ID card. I know of no argument---much less a good one---that REAL ID doesn't create a national ID. There is only bald insistence. As I've noted many times before, having written the book on the matter, a national ID card or system has three elements: First, it is national. That is, it is intended to be used throughout the country, and to be nationally uniform in its key elements. REAL ID is exactly that. Second, its possession or use is either practically or legally required. In fairness, for most people, a driver's license or state-issued ID is practically required. And finally, it is used for identification. Case closed.

But DHS insists that REAL ID is not a national ID.

Now to the strange part. NCSL---the National Conference of State Legislatures---calls itself "the champion of state legislatures." But REAL ID compliance means as a practical matter that states sign off forever on their authority over driver licensing. Once DHS locks states in, they are not going to get out.

You would think that reducing state government power is something NCSL would resist, but here they are, helping the DHS coax states into abandoning yet more authority to the federal government. I don't know if state legislators value administering federal programs, or if they generally feel like that is what they seek office to do. I suspect they don't. But here is a group purporting to represent them feeding them information that makes them less powerful and less important.

Yes, there's a prevarification available to the DHS in this area, too. The law allow states a choice as to whether to comply with REAL ID. It merely threatens to deprive their residents of the right to travel by refusing their IDs at airports. That is the same choice offered by a mugger: Your money or your life. It's not the kind of choice a "champion" of state legislatures should probably subject them to.

NCSL's REAL ID web page could make clear to state legislators that by hanging together, they can back the Department of Homeland Security down. As it has recently done again, DHS will back down every time one of its manufactured deadlines arrives, if states decline to comply. The long game DHS is playing---successfully---is to frighten state legislators every few years to get a little more compliance in a few more places. Thanks, but no thanks, NCSL, for helping the federal government undercut state power and implement a national ID system.