The 2016 presidential election took its toll on friendships around the country, but particularly among Democratic women. Fascinating new research from the Public Religion Research Institute (PRRI) finds that Democratic women are three times as likely as Republicans to say they blocked, unfriended, or unfollowed a person on a social networking site because of what they posted about politics: 30% versus 9%. 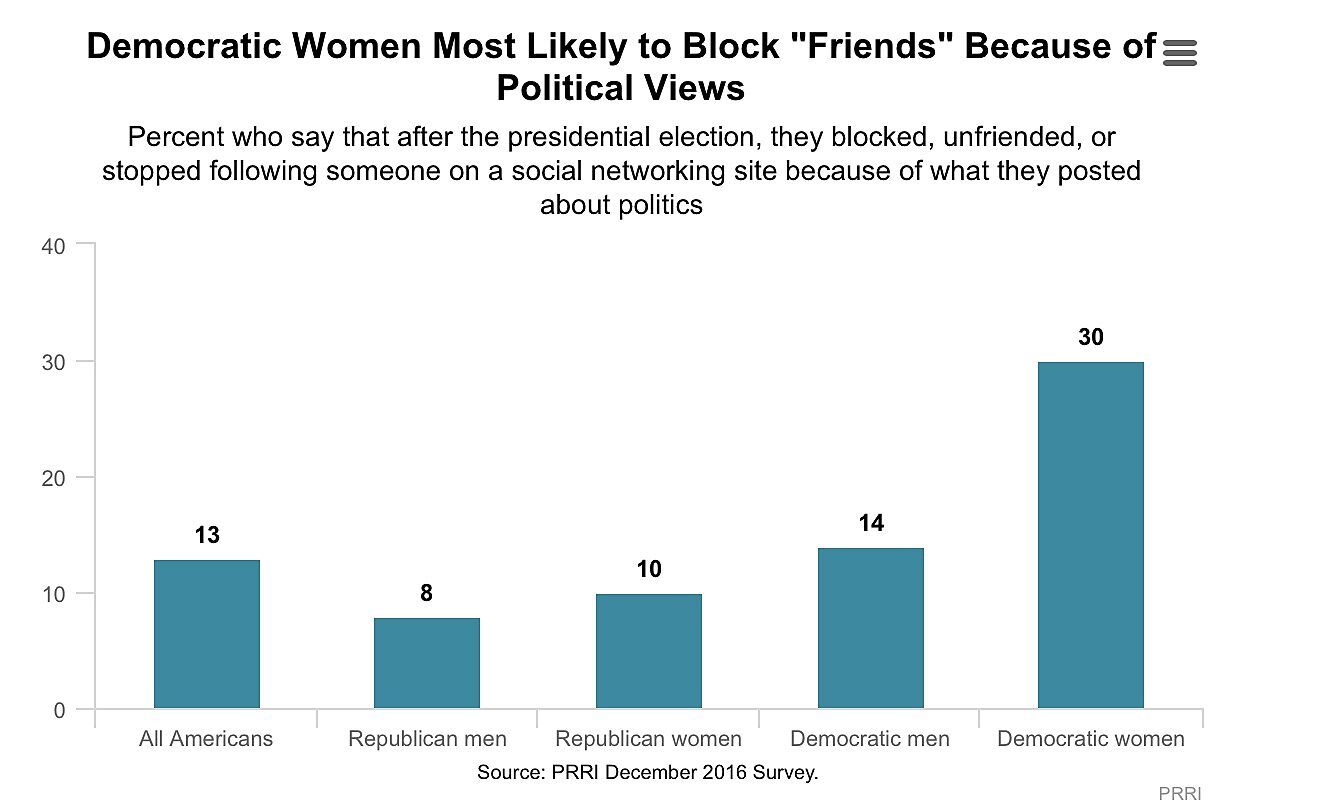 Democratic men (14%) are little less than twice as likely as Republican men (8%) To say they ‘unfriended’ someone. Democratic women (30%) are three times as likely Republican women (10%) to say they’ve done the same. Among all Americans the number stands at 13%.


You can find the full report at PRRI here.