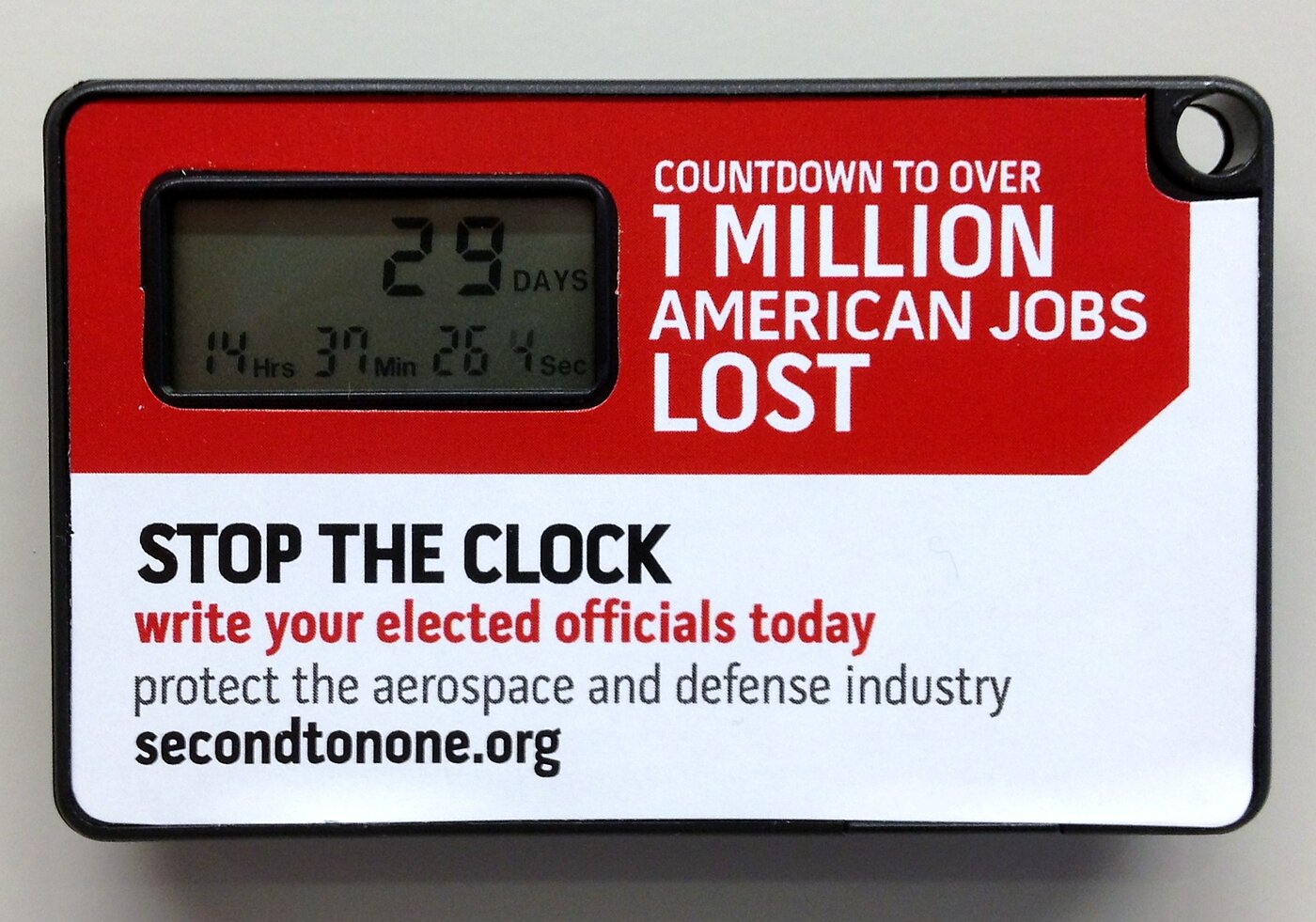 The defense contractors and their allies and advocates in Washington have been beating the drum against sequestration for over a year. They've commissioned studies purporting to show that sequestration will throw hundreds of thousands of people out of work. They've embarked on a “stop sequestration” road show, and boosted spending on advertising and gimmicks, including the Countdown to Sequestration clock.

And they've held press conferences, including one today at the National Press Club that I attended.

The contractors’ full-court press isn't working. Polls show that the American people are more interested in cutting defense spending than domestic spending to reduce the deficit. (See, for example, The Economist/YouGov poll, .pdf, Q15) And they, and especially Republicans and independents, are opposed to paying higher taxes to fund a bloated Pentagon (.pdf, Q56).

The public isn't falling for the lobby’s scare campaign for a few reasons. First, U.S. military spending remains near an all-time high in real, inflation-adjusted dollars. Second, sequestration would reduce the budget to 2007 levels, and reductions along those lines are consistent with other post-war drawdowns. Third, while Americans overwhelmingly support the troops, they appreciate that not every dollar spent on the military is spent wisely.

The United States will retain a state-of-the-art military even if total Pentagon spending declines by 10 to 15 percent. Such reductions might actually induce policymakers to be more responsible when it comes to military intervention abroad. The leading opponents of sequestration are big fans of open-ended, nation-building missions, but they are a small and shrinking minority. Most Americas have learned the painful lessons from the wars in Iraq and Afghanistan, and they are determined to avoid those sorts of expensive and counterproductive wars in the future.

A smaller U.S. military that costs less money cannot be expected to be everywhere all the time. U.S. troops should not be the first responders to every 911 call. Other countries will have to step forward to take responsibility for their own defense, and contribute their fair share to address common security challenges.