Is Defending Tax Competition Akin to “Trading with the Enemy”?

When I was younger, my left-wing friends said conservatives unfairly attacked them for being unpatriotic and anti-American simply because they disagreed on how to deal with the Soviet Union.

Now the shoe is on the other foot.

Last decade, a Treasury Department official accused me of being disloyal to America because I defended the fiscal sovereignty of low-tax jurisdictions.

And just today, in a story in the Washington Post about the Center for Freedom and Prosperity (I'm Chairman of the Center's Board of Directors), former Senator Carl Levin has accused me and others of "trading with the enemy" because of our work to protect and promote tax competition.

Former senator Carl Levin (D-Mich.)...said in a recent interview that the center’s activities run counter to America’s values and undermine the nation’s ability to raise revenue. “It’s like trading with the enemy,” said Levin, whose staff on a powerful panel investigating tax havens regularly faced public challenges from the center. “I consider tax havens the enemy. They’re the enemy of American taxpayers and the things we try to do with our revenues — infrastructure, roads, bridges, education, defense. They help to starve us of resources that we need for all the things we do. And this center is out there helping them to accomplish that.”

Before even getting into the issue of tax competition and tax havens and whether it's disloyal to want limits on the power of governments, I can't resist addressing the "starve us of resources" comment by Levin.

At the risk of understatement, Senator Levin has never been on a fiscal diet. And he wasn't bashful about spending all that revenue. He received an "F" rating from the National Taxpayers Union every single year starting in 1993.

Let's now address the main implication of the Washington Post story, which is that it's somehow wrong or improper for there to be an organization that defends tax competition and fiscal sovereignty, particularly if some of its funding comes from people in low-tax jurisdictions.

The Post offer[s] an inside look at how a little-known nonprofit, listing its address as a post office box in Alexandria, became a persistent opponent of U.S. and global efforts to regulate the offshore world. ...the center met again and again with government officials and members of the offshore industry around the world... Quinlan and Mitchell launched the center in October 2000. 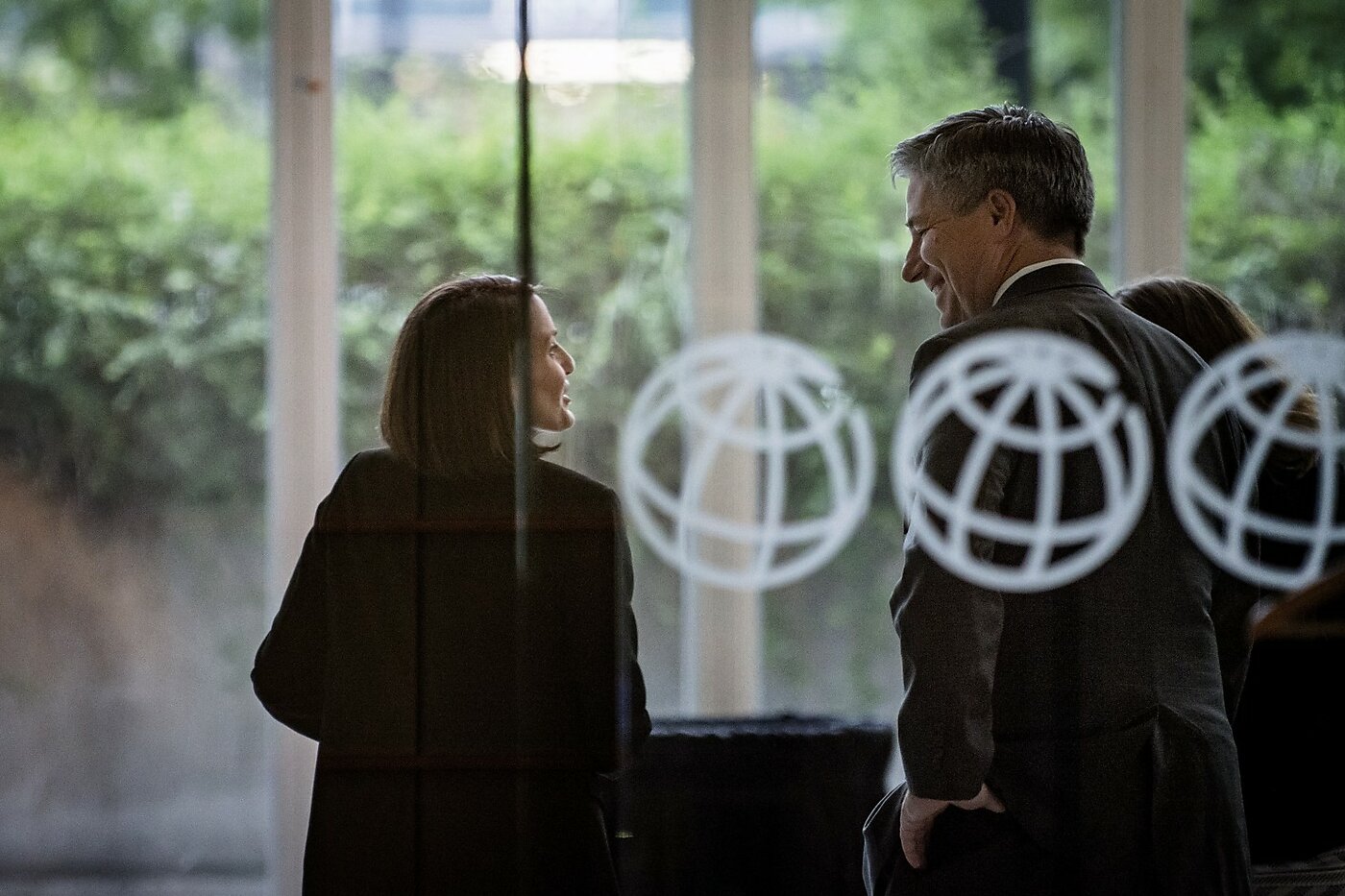 ...The center had two stated goals. Overseas, the center set out to persuade countries on the blacklist not to cooperate with the OECD, which it derided as a “global tax cartel.” In Washington, the center lobbied the Bush administration to withdraw its support for the OECD and also worked to block anti-tax haven legislation on Capitol Hill. To spread the word, the center testified before Congress, published reports and opinion pieces in leading financial publications, and drafted letters to lawmakers and administration officials. Representatives of the center crisscrossed the globe and sponsored discussions in 2000 and 2001, traveling to London, Paris, the Cayman Islands, the Bahamas, Panama, Barbados and the British Virgin Islands.

To Senator Levin and other folks on the left, I guess this is the fiscal equivalent of "trading with the enemy."

In reality, this is a fight over whether there should be any limits on the fiscal power of governments. On one side are high-tax governments and international bureaucracies like the OECD, along with their ideological allies. They want to impose a one-size-fits-all model based on the extra-territorial double-taxation of income that is saved and invested, even if it means blacklisting and threatening low-tax jurisdictions (the so-called tax havens).

On the other side are proponents of good tax policy (including many Nobel Prize-winning economists), who believe that income should not be taxed more than one time and that the power to tax should be constrained by national borders.

And, yes, that means we sometimes side with Switzerland or Panama rather than the Treasury Department. Our patriotism is to the ideals of the Founding Fathers, not to the bad tax policy of the U.S. government.

In any event, I'm proud to say that the Center's efforts have been semi-successful.

In May 2001, the center claimed a key victory. In a dramatic departure from the Clinton administration, Paul O’Neill, the incoming Treasury Secretary appointed by Bush, announced that the United States would back away from the reforms pushed by the OECD. ...fewer than half of the nations on the OECD blacklist pledged to become more transparent in their tax systems, a victory for anti-tax forces such as the center.

Even the other side says the Center is effective.

...said Elise Bean, former staff director and chief counsel of Levin’s Homeland Security Permanent Subcommittee on Investigations, which started investigating tax havens in 2001. “They travel all around the world and they have had a tremendous impact.” ...“They were very effective at painting the OECD’s work as end-times are here for tax competition, and we’re going to have European tax rates imposed upon the whole world if the OECD’s work continued,” said Will Davis, the former head of OECD public affairs in Washington.

What's most impressive is that all this was accomplished with very little funding.

Tax returns for the center and a foundation set up in its name reported receiving at least $1.4 million in revenue from 2003 to 2010.

In other words, the Center and its affiliated Foundation managed to thwart some of the world's biggest and most powerful governments with a very modest budget averaging about $175,000 per year. And I don't even get compensation from the Center, even though I'm the one who almost got thrown in a Mexican jail for opposing the OECD!

So while Senator Levin had decades of experience spending other people's money in a promiscuous fashion, I work for an organization, the Cato Institute, that is ranked as the most cost-effective major think tank, and I'm on the Board of a small non-profit that has a track record of achieving a lot with very little money.

Yet another example of why we should be thankful that tax competition makes it more difficult for politicians to extract more revenue from the economy's productive sector.

P.S. I mentioned to the Post reporters that the world's biggest tax haven is the United States, 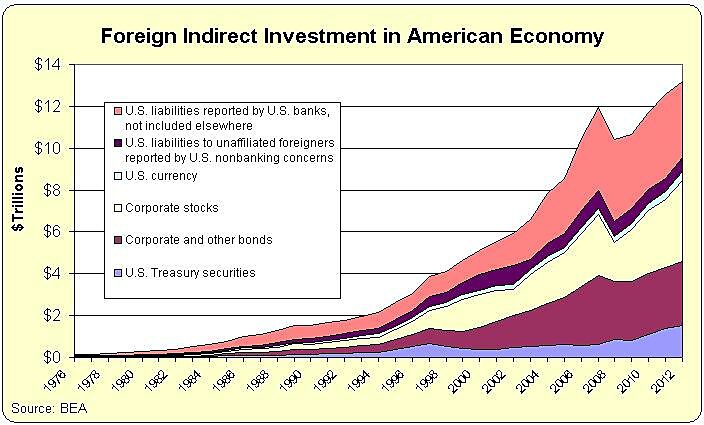 but that important bit of information was omitted from the article. Which is a shame since it would have given me a chance to laud Senator Rand Paul for blocking a very dangerous agreement that would undermine America's attractive tax laws for overseas investors.

P.P.S. If politicians really want to hurt tax havens, they should adopt a flat tax. That would dramatically boost tax compliance.

P.P.P.S. All things considered, I think the reporters who put together the story were reasonably fair, though there was a bit of editorializing such as referring to one low-tax jurisdiction as a "notorious tax haven." When they write about France, do they ever refer to it as a "notorious tax hell"?