“Death Rays” May Take Aim at Drones Near Airports

At first glance, it might seem that eagles, net-shooting bazookas, and "death rays" don't have much in common. However, each has been proposed as a possible way to deal with errant drones that stray where they're not supposed to be, including airports. The issues surrounding drones at airports re-emerged earlier this month when a drone reportedly hit an Airbus A320 approaching London's Heathrow Airport. While it is not absolutely clear that the object that hit the plane was a drone, the incident does raise questions about how lawmakers and regulators should deal with drones buzzing around near airports.

Anti-drone "death ray" machines may sound initially like an effective way to deal with drones hampering flights. Yet, such a device would probably not have been useful in the case near Heathrow. According to the Metropolitan Police, the drone hit the plane at 1,700ft (the legal drone limit is 400ft) above Richmond Park, the largest enclosed space in London. For those unfamiliar with London's geography, below is a map showing where Richmond Park is in relation to Heathrow Airport.

Richmond Park and Heathrow Airport are at least 6 miles apart as the crow flies. The "death ray" machine recently discussed as a means to deal with drones obstructing flight paths would probably not have been effective at preventing the recent collision because the drone would almost certainly have been outside of the "death ray's" range.

According to the London Evening Standard's reporting, AUDS can block a signal "from up to six miles [about 9.7km] away, before tracing the owner." Last year, when the AUDS was unveiled, Blighter Surveillance Systems (one of the three companies working on the project) announced that the system can "detect, track, classify, disrupt and neutralise UAVs at ranges of up to 8 km [about 5 miles]."

As the map above shows, it's unlikely that the incident involving the Heathrow-bound plane earlier this month could have been avoided by the AUDS. In order for the AUDS to have been effective in this particular case the drone and the AUDS would have to have been at the very edge of Richmond Park and Heathrow's southeastern perimeter respectively.

Of course, this isn't a reason for officials at Heathrow to dismiss the possibility of installing "death ray" machines. But it's worth noting that the devices will not be able to halt all drones that could potentially be a nuisance to planes approaching Heathrow.

It won't come as a surprise that drone manufacturers want to avoid collisions near airports. DJI, which produces the Phantom photography drones, introduced an update for some of its drones that restricts flights close to airports. The safety feature ensures that drones within 1.5 miles of a big airport like Heathrow will be unable to take off, and that drones between 1.5 miles to 5 miles away from the airport will gradually descend as they fly closer.

It's in the interest of drone manufacturers to make safety features like the one developed by DJI. They will make it easier for hobbyists to avoid inadvertently running afoul of local airspace regulations.

However, such features will not necessarily prevent those committed to doing harm from using drones to collide with airplanes. For instance, DJI did revise its no-fly zone software in order to allow self-certified pilots to fly drones in restricted areas. In attempts to prevent malicious drone collisions, airport officials and law enforcement will probably consider a range of technology, including tools like the AUDS. 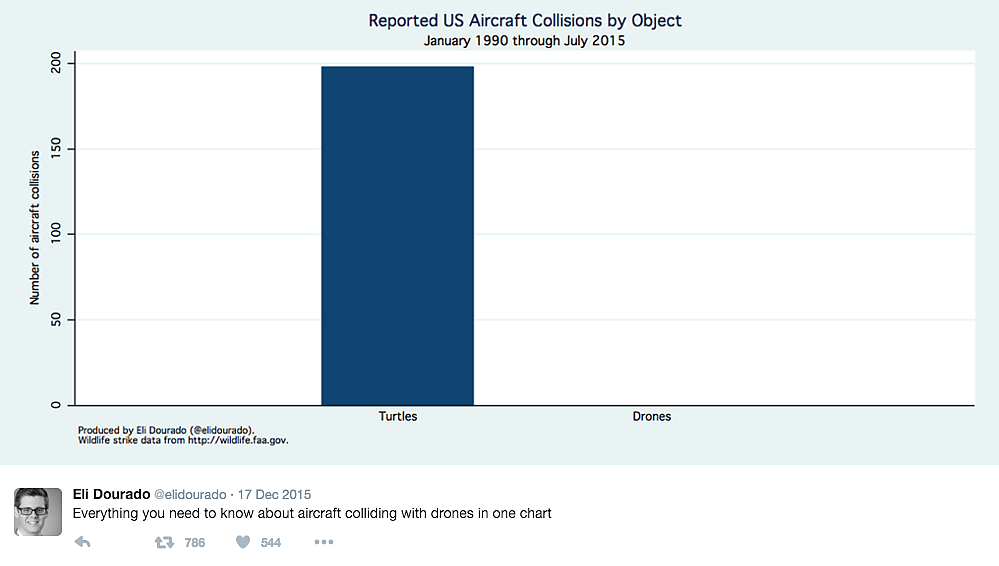