David Brooks Is Confused about Counterinsurgency 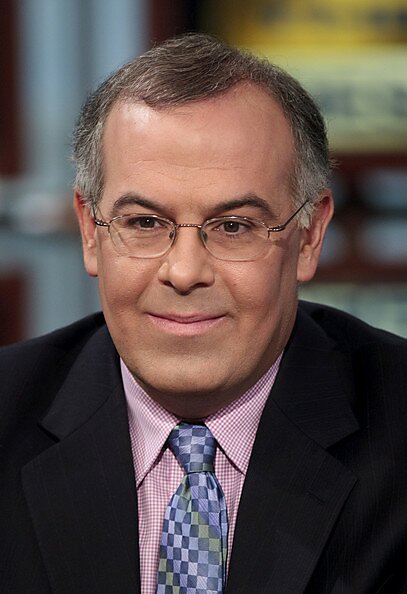 Would you buy a state-building mission from this man?[/caption]

Today David Brooks (in the role of Teddy Roosevelt) debates George Will (as Edmund Burke) on the subject of Afghanistan without citing him.  This debate marks a high point of conservative politics where neoconservative ideology appears in concrete clarity.

First, Brooks makes clear that he is not interested in merely managing the problem of terrorism, but rather in "prevailing" in the war in Afghanistan.  He argues that "only the full counterinsurgency doctrine offers a chance of success," but then proceeds to absurdly define population-centric counterinsurgency doctrine as one in which "small groups of American men and women are outside the wire in dangerous places in remote valleys, providing security, gathering intelligence, helping to establish courts and building schools and roads."

Either Brooks is being cute here or demonstrating his ignorance.  With one word — "small" — Brooks has utterly mischaracterized what counterinsurgency is all about.

Population-centric counterinsurgency is all about large numbers of American men and women, not small numbers.  The promoters of COIN in Afghanistan have recently taken to including the Afghan National Army in the count of counterinsurgents, but the textbook — and as a result, obviously oversimplified — number of counterinsurgents you'd want in a place with a population, dysfunctional national government, and geography like Afghanistan pushes well up to around half a million.  It is an extraordinarily resource- and labor-intensive endeavor.  If you don't believe me, perhaps you'll take David Petraeus or David Kilcullen as authorities on the matter.

Brooks pushes his argument further, declaring that we possess only two choices in Afghanistan: "surrender the place to the Taliban or do armed nation-building."  One paragraph later, Brooks writes of the fight against terrorism that "we shouldn’t pretend we understand how this conflict will evolve."  That Brooks does not recognize the conflict between these views is telling.  See Rory Stewart for more on the swashbuckling certainty like what Brooks is displaying.

Then Brooks borrows from Stephen Biddle the claim that we must conduct a counterinsurgency campaign in Afghanistan not because of the war on terrorism in that country per se, but rather because:

A Taliban conquest in Afghanistan would endanger the Pakistani regime at best, create a regional crisis for certain and lead to a nuclear-armed Al Qaeda at worst.

This is really cranking it up to 11 on the hyperbole meter.  We may recall that in the 1990s when the Taliban was running Afghanistan, Pakistan was arguably more stable than it is today.

In closing, Brooks wheels out a straw man:

When you interview people who know little about Afghanistan, they describe an anarchic place that is the graveyard of empires. When you interview people who live there or are experts, they think those stereotypes are rubbish. They usually take a hardened but guardedly optimistic view. Read Clare Lockhart’s Sept. 17 testimony before the Senate Foreign Relations Committee to get a sense of the way many knowledgeable people view the situation.

It is curious to hear David Brooks refer to a large number of people who agree with him on policy as "people who know little about Afghanistan."  Like Gen. Petraeus.  Seth Jones.  Anthony Cordesman.  I could go on.

Brooks then undermines his case that the Taliban would certainly be able to set up a national government if we left by admitting that "the enemy is wildly hated. Only 6 percent of Afghans want a Taliban return, while NATO is viewed with surprising favor."  Even for thugs like the Taliban, having a 6 percent approval rating, men like Rashid Dostum and Gulbuddin Hekmatyar running around your country, and the United States poking its nose in regularly looks a lot darker than Brooks makes it out.

There's more in the piece, but combined with Will's piece, it's a peek through the keyhole where you can see the warring tribes within conservatism thrashing it out.

Update: I was also interested to see the argument Brooks made on behalf of a study I had not read by political scientists Andrew Enterline and Joseph Magagnoli. But Stephen Walt observes that on this score too Brooks is misinforming his readers.