Last week, the Wall Street Journal examined government efforts to secure early access to doses of the most advanced COVID-19 vaccines, and how this access could prove to be a game‐​changer for these economies in 2021. As shown in the following WSJ chart, many governments have contracted with multiple pharmaceutical companies in order to ensure that they have access to at least one vaccine that successfully completes “Phase III” trials, which are now underway for most of the listed drugs. Among these governments is the United States, which has thus far secured vaccine commitments from Oxford/​AstraZeneca (0.91 doses per capita); Novavax (0.3); Sanofi/​GSK (0.3); BioNTech/​Pfizer (1.83); J&J/Janssen (0.3); and Moderna/​NIAID (1.52). This puts the United States second, behind only the United Kingdom, in contracting for early vaccine doses and thereby potentially saving thousands of American lives and restarting the struggling domestic economy if one or more of those vaccines pans out.

Beyond the sheer size and scope of the U.S. effort, what’s perhaps most striking here is the extent to which the Trump administration jettisoned its economic nationalism in pursuit of a game‐​changing COVID-19 vaccine. Indeed, as shown in the chart below (based our own independent research), each of the vaccines that the United States has secured appears to be heavily reliant on globalization — of investment, manufacturing, testing, and research personnel — to produce the final doses at the absolute maximum speed and scale.

This summary, moreover, is only the tip of the iceberg when it comes to the truly‐​global effort to beat COVID-19. Unmentioned in the chart above, for example, are all of the other people from around the world — investors, researchers, production workers, etc. — that make the listed companies, facilities and processes hum, as well as the previous global collaborations that have driven pharmaceutical innovation for decades.

Also unmentioned are the numerous other vaccine candidates that are in earlier stages of development. For example, a recent survey by the Coalition for Epidemic Preparedness Innovations (CEPI), which is working with the World Health Organization to ensure global access to a COVID-19 vaccine, showed over a hundred potential manufacturers of both vaccine‐​related drug substances (inputs) and drug products (doses) located in dozens of countries around the world (including, of course, the United States): 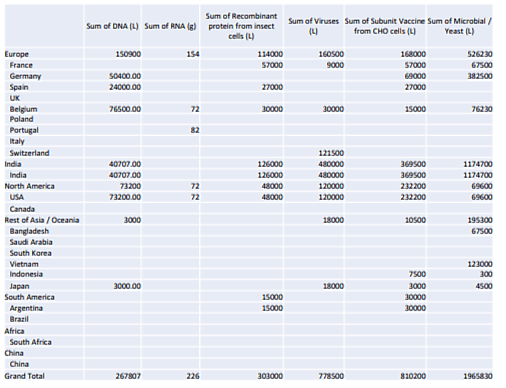 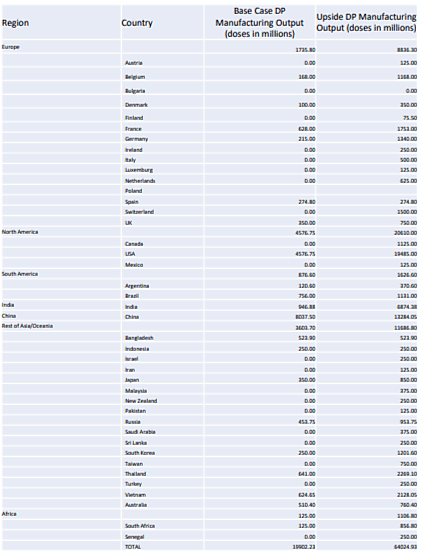 Since the unfortunate onset of COVID-19, American politicians of all stripes — but especially in the Trump administration — have blamed “globalization” for the pandemic and promised to re‐​shore U.S. manufacturing to bolster American “resiliency” and national security. Yet these very same officials have quietly embraced that very same globalization when it matters the most.