Could the U.S. Stop Israel from Bombing Iran?

Last night, Chris Matthews presided over an odd, staccato interview with AEI’s Michael Rubin and Time magazine’s Bob Baer that was enough to make one feel sorry for the interviewees. Matthews was wildly whipping questions at Rubin and Baer, but they both did an admirable job returning Matthews’ volleys.


One interesting topic that came up was whether the Obama administration should discourage Israel from attacking Iran. Rubin and Baer agreed that at this point an Israeli attack would be unhelpful and should be discouraged, but Baer noted that our ability to prevent such an attack is “zero.” They agreed that the likelihood of an Israeli strike in the next year was “greater than 50–50” and Rubin suggested that the Israeli timeline for an attack was “months if not weeks.”

Zbigniew Brzezinski recently broached the subject of Israeli overflight of Iraqi airspace in an unfortunately provocative manner, telling the Daily Beast that the United States ought to make clear to the Israelis that there was a real danger of “a Liberty in reverse,” meaning the prospect that Israeli aircraft overflying Iraq may find themselves under fire from the United States, the de facto owners of Iraqi airspace. (The Iraqi government that we have helped obtain power almost certainly would be under great pressure to respond militarily to Israeli overflight.) Neoconservatives predictably pounced on this framing.


Readers interested in the technical questions surrounding a potential Israeli strike can find an optimistic assessment here. [.pdf] But this larger issue of whether the United States could stop Israel from doing something contrary to American interests reminded me of this passage George Kennan wrote about U.S. involvement in the Middle East more generally in 1977. In The Cloud of Danger, Kennan called on U.S. policymakers to 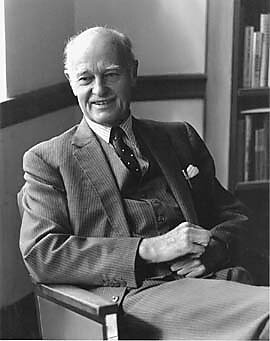 bring about an early clarification–not just vis‐​a‐​vis the Israelis themselves but also vis‐​a‐​vis the Arabs–of the limits of our responsibility for Israeli policy. We have allowed the impression to become established throughout the entire region that we have it in our power to make the Israelis do almost anything we want, and that this being the case, we are really responsible for Israeli policy. This assumption is reflected in a host of Arab statements. It is, of course, wholly incorrect. Not only can we not dictate to the Israelis, who are very well aware of the strength of their bargaining power vis‐​a‐​vis us, but it is a real question whether we ought to do it even if we could. (More about that in a moment.)


[W]e have allowed ourselves to be maneuvered into a position where each of the two parties believes it can use us for its own ends, where each has the impression that it is primarily through us that its desiderata can be achieved, with the result that we are always first to be blamed, no matter whose ox is gored; and all this in a situation where we actually have very little influence with either party. Seldom, surely, can a great power have got itself into a more unsound and unnecessary position.


I stand firmly with [George] Ball on the need for an attempt to reach an understanding with the Soviet Union with relation to the larger problems of the region, but not on the details of a possible Arab‐​Israeli settlement. That, it seems to me, should be left for direct negotiation between Israel and her Arab neighbors. Our own role should be confined to assuring that the Israelis are strong enough militarily so that the idea of crushing them by force of arms does not offer promising prospects to anybody, and so that they have an adequate measure of bargaining power in any negotiations on these subjects they may enter into. But we should not try to tell them, or the Arabs, what the terms of a settlement should be. It is they, after all, not we, who would have to live with any settlement that might be achieved. Many of us can think, I am sure, of concessions which, in our personal opinion, it would be wise for the Israelis to make; but for the United States government to take the responsibility of urging them to make such concessions is quite another matter. There are many who would think, for example, that it would be wise for them to give up the Golan Heights. They may of course be right. But how can we be sure? What would our responsibility be if we urged this upon them and it turned out to be disastrous?

A couple of thoughts. First, obviously the repeated references to “the Arabs” reflect the book’s authorship pre‐​1979. Second, Kennan is clearly uncomfortable with a situation in which a foreign country, fairly pursuing what it perceives to be its own interests, can pull America along for the ride. (This is a mainstream position in U.S. views of Israel today: the idea that the United States should write Israel a blank check and allow that country to do what it may, with lockstep American support.) Third, and I think most interesting, is Kennan’s discomfort at the prospect of directing Israel’s foreign policy ourselves. (This is an increasingly mainstream position in the foreign‐​policy debate today, where U.S. analysts decide that they can perceive Israeli interests better than the Israelis can, so we should intervene and pressure them to act as we think they should.)


Kennan recognized that the Israelis, unlike the United States, live in a rough neighborhood and that they simply have different national interests than we do. But the idea that we ought to demand various concessions from the Israelis, or attempt to dictate their foreign policy to them, appears to have horrified Kennan. Decisions about Israeli security could have serious consequences for the people who live there, and for Kennan this seems to have been a strong argument for putting the weight of costs and benefits squarely on the shoulders of the Israelis themselves, beyond the (unlikely, even in 1977) prospect of Israel being militarily overrun.


To listen to the Matthews‐​Baer‐​Rubin discussion today, the Israelis are preparing to do something contrary to U.S. national interests about which we can do nothing. As Kennan wrote, “Seldom, surely, can a great power have got itself into a more unsound and unnecessary position.”