As a battered and weary country peers into the hellmouth of Election 2016, contemplating the “bleak choice between a ‘liar’ and your ‘drunk uncle,’” along come two of (Anglo‐) America’s premier public intellectuals with a plan for getting honest, sober policies out of our next president. “We urge the next president to establish a White House Council of Historical Advisers,” Niall Ferguson and Graham Allison write in this month’s Atlantic. Modeled on the Council of Economic Advisers, the CHA would bring together the country’s finest historical minds, backed by a professional staff, to help close the “history deficit” at 1600 Pennsylvania.


It’s one of those buzzworthy notions that seems ingenious on first airing—a presidential “Dream Team of Historians”!—but gets less shiny the closer you examine it. 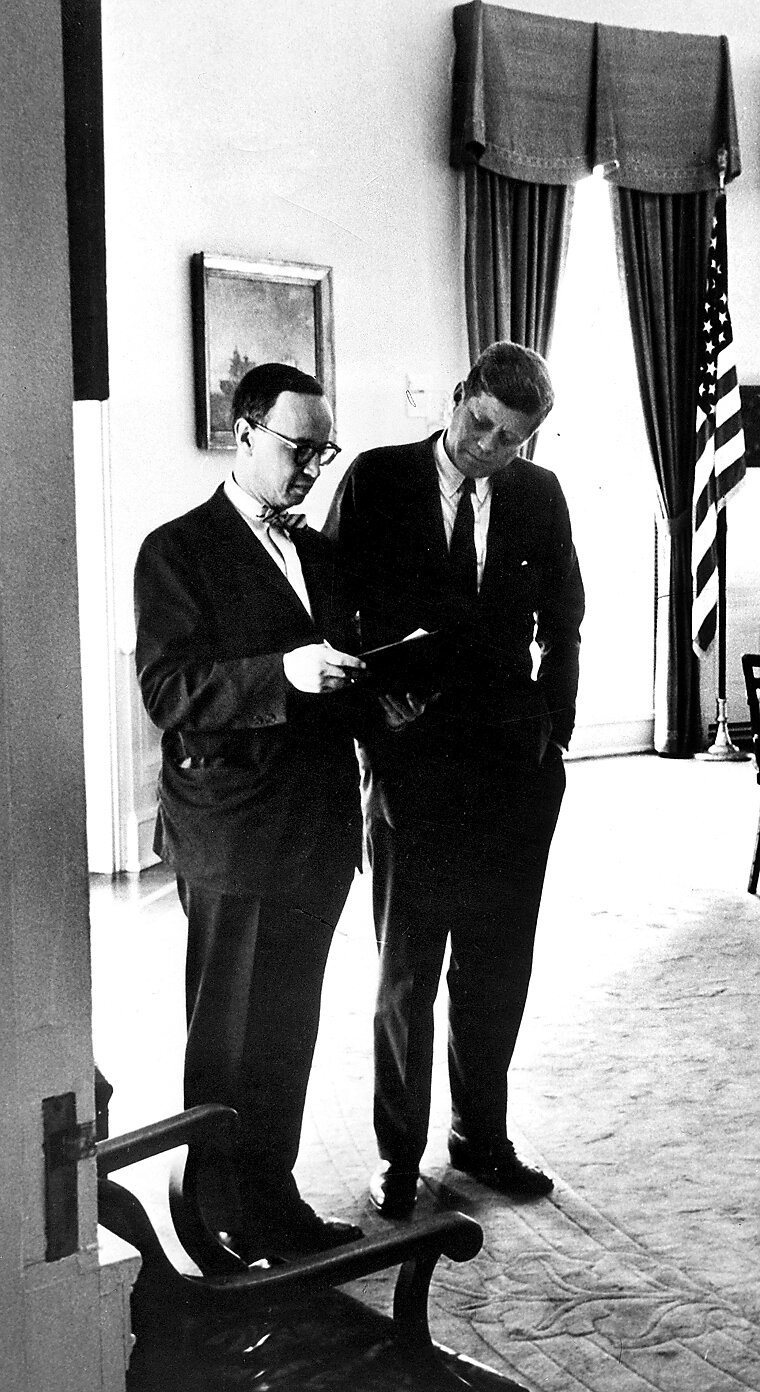 
“I think there would be more than enough work for a council of applied historians,” says Harvard’s Allison. What kind of work? As Ferguson and Allison envision it, the Council could help presidents avoid unforced historical errors, like the invasion of Iraq. When Bush “chose to topple Saddam Hussein,” they write, “he did not appear to fully appreciate either the difference between Sunni and Shiite Muslims,” and “he failed to heed warnings that the predictable consequence of his actions would be a Shiite‐​dominated Baghdad beholden to the Shiite champion in the Middle East—Iran.”


It’s a fair critique, but neither Ferguson nor Allison is in a great position to make it. It wasn’t what either of them were saying at the time.


During the war fever of 2002-03, Ferguson wasn’t urging the administration to rethink the Iraq adventure, lest they inadvertently empower Iran–he was cheering the disaster on. “By showing them just how easily Saddam’s vicious little tyranny could be overthrown,” he wrote in the Daily Mail (“Empire of the Gun,” June 21, 2003), “Mr. Bush has made it clear to the leaders of Iran, Syria and Saudi Arabia that he is in deadly earnest. If their countries continue to sponsor terrorism as all three notoriously do, Saddam’s fate could befall them too. Such saber‐​rattling evidently works.” Further: “Historians may well look back on 2003 as a turning point in the troubled politics of the Middle East. And they will give much of the credit for that transformation to the courageous and undoubtedly risky strategy adopted by President George Bush.” Just the hard truths Bush needed to hear!

In fairness, Ferguson could sometimes be heard to strike a cautionary note: “Consider some history,” he urged those advocating a time‐​limited occupation: “the British ran Iraq for the better part of 40 years.” As a ”fully paid up member of the neoimperialist gang,” Ferguson worried about America’s imperial “stamina.” A “successful” occupation might take a million troops, he warned in 2005, plus “around 10 years to establish order in Iraq, 30 more to establish the rule of law, and quite possibly another 30 to create a stable democracy.” But like Madeleine Albright, he thought “the price is worth it.” If Bush had taken a dose of Ferguson’s “applied history,” we’d have ended up spending even more blood and treasure on a futile project.


Graham Allison was much less exuberant about the Iraq War, but he wasn’t against it. When you’ve got “rattlesnakes in your backyard, backing off and hoping they slink away is not the answer,” he wrote in October 2002. Even so, Allison believed that Saddam’s WMD arsenal was so fearsome we might need a crash program to bolster America’s biodefenses before launching the attack: “Have you gotten your anthrax and smallpox vaccinations yet?” Over the next 14 years, he’s spent much of his time predicting that jihadists are about to graduate from crotch‐​bombs to functional nukes.


So when Ferguson and Allison write in the Atlantic that “applied historians will never be clairvoyants with unclouded crystal balls,” they’re putting it mildly, especially where present company is concerned. If they’d had the president’s ear at the time, he’d have gotten extra doses of alarmism and delusions of grandeur, pathologies that weren’t exactly in short supply in the Bush White House.


In fact, there was a top‐​flight Middle East scholar, fully up to speed on the differences between Sunnis and Shiites, who had the administration’s attention in the run up to the war. That was Bernard Lewis, “Bush’s historian,” who “deliver[ed] spine‐​stiffening lectures to Cheney over dinner in undisclosed locations” and pro‐​war thinkpieces in the Wall Street Journal.


Lewis also had thoughts about Iran, and let them fly in another WSJ op‐​ed, “August 22,” published on August 8, 2006. In it, he warned that the Iranians might nuke Israel within the next two weeks, to mark the anniversary of “the night flight of the prophet Muhammad .… to heaven and back.” “This might well be deemed an appropriate date for the apocalyptic ending of Israel and if necessary, of the world,” Lewis wrote. No crystal ball there either, thankfully.


So one potential problem with the CHA idea is that the president would get to pick the historians. Personnel is policy, and presidents might staff the Council with scholars who feed them even crazier ideas than they’ve already got.


Still, it’s probably a safer bet that the CHA wouldn’t have much influence at all. In one of the recent stories on the Ferguson/​Allison proposal, Rep. Tom Cole (R-OK), a former history professor, makes the obvious point that “the council would have value only if the president wanted its advice.” Presidents have mostly used their pet scholars as ambassadors to academia and the chattering classes: they’re valued less for their influence on executive‐​branch decisionmaking than for their ability to put an intellectual veneer on whatever it is the president’s already decided to do. If implemented, the CHA might be yet another useless appendage to the Executive Office of the President, an institutionalized kaffeeklatsch of court historians.


Even that might not be totally harmless, however. Presidents already have an unhealthy obsession with their legacies—wandering the halls, gazing at the portraits (sometimes even talking to them), and wondering how they’ll stack up in the rankings game: “In 1996 Clinton privately grouped his presidential predecessors into three tiers, then spent a long Sunday morning with consultant Dick Morris discussing what he could do to join the top group.”


The academic consensus on that question seems to be that, to become a great president, you need to dream big, break stuff, and “leave the presidency stronger than you found it.” Given historians’ generally demented judgments about which presidents belong in the top tier, we should probably be grateful Bill didn’t have a Council of Historical Advisers around to consult.