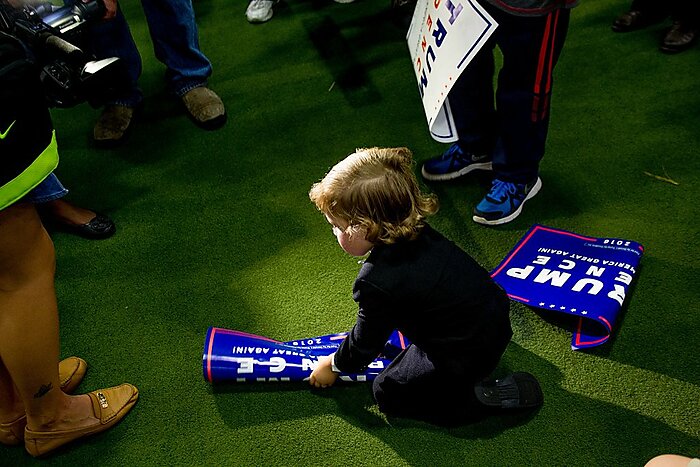 If you work in education policy, you maybe should have seen Donald Trump’s monumental upset coming. I didn’t, and I would guess most other wonks didn’t either. But we all saw populist frustration boil over with the federally coerced Common Core national curriculum standards. Average Americans rejected the Core over the paternalistic, “you just don’t realize this is good for you” objections of establishment types on both the left and right, just as seemed to happen with Trump’s campaign that defied establishment predictions—and disbelief—almost from day one.

Of course, popular rejection of the Core does not capture nearly all that seems to have driven Trump’s support—immigration, dwindling manufacturing jobs, plain old fear—but it does capture a seeming disdain for elites.

What is this likely to translate into in education policy, especially with a Republican controlled Congress?

Let’s start with the Core. Candidate Trump, without specifics, indicated on the campaign trail that he would get rid of it, seeing it as an unacceptable federal intrusion. And it was federally coerced. The problem is that the main levers of coercion—the Race to the Top contest and waivers out of the No Child Left Behind Act—are gone. Race to the Top is over, and No Child has been replaced by the Every Student Succeeds Act (ESSA). Unless Trump tries to coerce states to dump the Core—make receipt of funds or regulatory relief dependent on ditching it—he can’t end the Core.

What he can do—and I think, along with a GOP Congress, will do—is ensure that regulations to implement the ESSA do not coerce the use of the Core or any other specific standards or tests. This has been a real concern. While the spirit and rhetoric surrounding the ESSA is about breaking down federal strictures, the Obama education department has been drafting regulations that threaten federal control over funding formulas and accountability systems. And the statute includes language vague enough that it could allow federal control by education secretary veto. A Trump administration would likely avoid that.

Trump has also promised to spend $20 billion on school choice. The inclination is right—the way to make education work for kids is to give parents control of the dollars—but “encouraging” with federal carrots or sticks is wrong. For one thing, the Constitution gives Washington no authority to meddle in education outside of the District of Columbia itself, federal installations, and prohibiting state and local discrimination in their provision of education. Perhaps more important, we do not want private schools becoming dependent on federal money because, inevitably, with federal money would come federal rules, which would, over time, render school choice much less of a real choice, with all schools—public or private, from California to Georgia—increasingly identical.

What about higher education, in which federal subsidies have fueled skyrocketing prices and massive waste for decades? The good news is that Trump is unlikely to propose a Clinton/Sanders style “free” college plan. The bad news is that, so far, Trump hasn't signaled an intent to significantly curb self-defeating subsidies like federal student loans and grants. Rather, he’s proposed an income-based repayment plan for loans and threatened the tax breaks and subsidies of schools that aren’t deemed to be making “a good faith effort” to control student costs. Part of that would include going after schools with big endowments, something likely to make little difference because only a few schools have endowments that are typically considered big.

What will almost certainly come to an end will be the war on for-profit colleges prosecuted by the Obama administration and its allies in Congress. (Programing note: Big event on for-profit schools next week!) That’s good, because for-profit colleges—though they produce some pretty bad outcomes—are not the problem in higher education. Every sector produces bad outcomes. The root problem is the mammoth subsidies, which incentivize bad decision-making by students and price hikes by schools. They are what need to be attacked.

For the youngest children, Trump has not proposed a wide expansion of preschool such as Head Start, which is good. The top-quality research does not support its effectiveness, despite what politicians and advocates pronounce. But he has proposed federal incentives to expand childcare, and that could include an education component. We’ll have to wait and see.

Overall, Trump has inveighed against federal intrusion in education, including talking about eliminating the U.S. Department of Education. The semi-concrete proposals he has put out there, however, seem somewhat at odds with that. One thing, however, seems certain: wonks and pundits would be wise not to dismiss his proposals as political pie-in-the-sky. Trump may well have a better sense for what is politically viable than they do, and his supporters don’t seem inclined to do what Beltway types tell them.