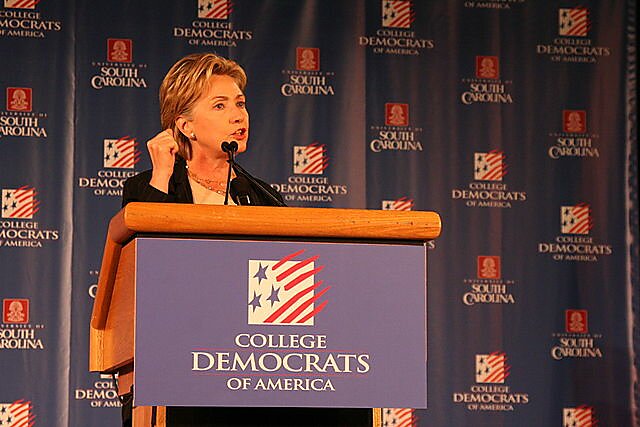 Education didn’t come up much in last night’s debate, but Hillary Clinton regularly uses “college” with some form of “free” after it to illustrate how she would help middle‐​class families, and she did so again last night. Whenever she did, she referred to “debt‐​free” college, not “tuition‐​free.”


This sounds like a reversion to her old college proposal before she adopted more of the Bernie Sanders model—some suggest to clinch his support at the Democratic convention—which would spend federal money to induce states to spend their own money to make public college tuition‐​free for all but roughly the wealthiest 20 percent of Americans. It’s a plan that would presumably have greater appeal for people planning to go to college—why settle for no debt if you could have no tuition at all?—though the devil is in the details. Depending on how you structure it, “debt‐​free” could be even more generous than “tuition‐​free” if you promise to make sure no one has to take on debt not just for tuition but also fees and living expenses. Still, “tuition‐​free” probably sounds better intuitively, and Clinton’s campaign website talks about being both debt‐ and tuition‐​free. Maybe the idea is to sound more or less fiscally responsible, depending on the audience.


No matter what the plan, nothing with “free” in it is a good idea for higher education. None of this would be free to taxpayers, of course: the Clinton tuition‐​free plan has been estimated to cost the feds $500 billion over 10 years, and would cost state taxpayers billions more if states matched the spending increases to get federal bucks. The debt‐​free plan was estimated to cost the feds $350 billion over 10 years, also with state matching. Of course the “wealthy” would pay for all this, likely removing money from more productive uses.


Wait. More productive than education? Yes, because the evidence—to borrow from Donald Trump—is YUGE that current subsidies already fuel massively wasteful, counterproductive demand for college. Greater subsidies would likely exacerbate the giant non‐​completion problem from which we already suffer—barely half of students finish a two‐ or four‐​year program within six years—and driving even worse credential inflation. Already about a third of bachelor’s degree holders are underemployed, while earnings for degree holders have been largely stagnant for about two decades. Maybe most important, it doesn’t seem people actually learn all that much in college, with dropping literacy rates for degree holders and only tiny gains in critical thinking while in school. And isn’t learning kinda the point?


Hillary Clinton may be pivoting back to her old college plan. But it’s still a move in the wrong direction.