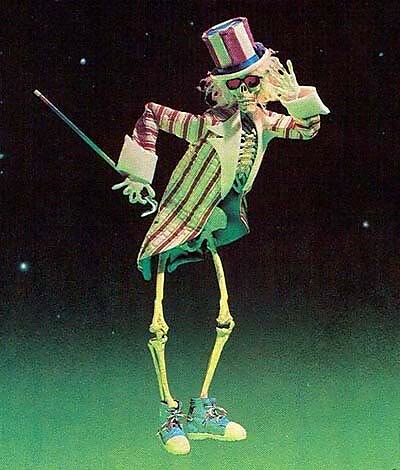 A $600,000 federal grant is chump change compared to overall government spending, and I recognize that picking on individual awards generally isn’t worth the effort because there are bigger fish to fry. But every once in a while I think it’s alright to highlight a particularly ridiculous grant award for the purpose of illustrating that the federal government’s ability to spend money on virtually anything it wants has broader negative implications. So when I read this morning that the Institute of Museum and Library Services (an independent federal agency) gave UC Santa Cruz’s library $615,175 to archive Grateful Dead memorabilia online, I just couldn’t help myself.


The title of my post refers to a lyric from the Dead song “Uncle John’s Band.” According to the lyrics, Uncle John’s Band’s motto is “don’t tread on me.” “Don’t tread on me” was a motto of the American patriots during the Revolutionary War and was prominently featured below a coiled rattlesnake on the famous Gadsden flag.


The Gadsden flag, which I proudly own and used to hang in my Senate office, has regained popularity and can now be seen at TEA Party protests around the country. While some would like to dismiss the TEA partiers as racists, the resurgence of the Gadsden flag indicates to me that a healthy number of folks simply recognize the American tradition of being leery of an all‐​powerful centralized authority. It’s safe to say that those patriots of yesterday could have never imagined that the small, limited federal government they created would turn into the overbearing $3.7 trillion Leviathan it is today. What a long, strange trip it’s been indeed.