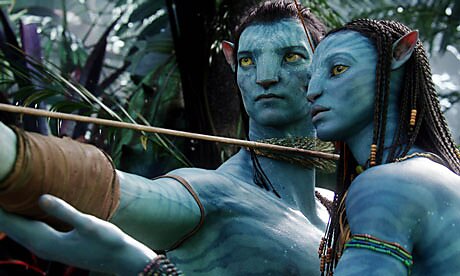 In response to my Los Angeles Times op-ed on the movie "Avatar," in which I claim that conservative critics missed the central conflict over property rights, I've received some emails arguing that the Na'vi in the film lacked "well-defined property rights" or simply that a collective group cannot have rights to the property they live on.

So I went to some smarter guys to ask them what they thought about "collective property rights." The political philosopher Tom G. Palmer (best known as an activist and traveling troubadour of liberty [see pictures in this very large pdf] but also a deep thinker about liberty, as seen in his new book Realizing Freedom) says:

Just because people did not have English freehold property rights is no reason to chase them off land to which they held a clear customary right.  Some people seem to assume that only English freehold counts as property, by which they mean individual property.  But there is family property, village property, and many other forms of property, which are defined by the exclusion of others.  (Elinor Ostrom has written extensively on how common property arrangements are governed and when they are efficient, and when not.)  The critique of "collective property" is certainly not Lockean.  In the Second Treatise's chapter on property (paragraph 28) he writes (not entirely clearly), "We see in commons, which remain so by compact, that it is the taking any part of what is common, and removing it out of the state nature leaves it in, which begins the property; without which the common is of no use." Then in paragraph 35, he notes, "It is true, in land that is common in England, or any other country, where there is plenty of people under government, who have money and commerce, no one can inclose or appropriate any part, without the consent of all his fellow-commoners; because this is left common by compact, i. e. by the law of the land, which is not to be violated. And though it be common, in respect of some men, it is not so to all mankind; but is the joint property of this country, or this parish."

Thus Locke would say that the Na'vi, even if they do not have any separate plots, have a joint property in the land, "And though it be common, in respect of some men, it is not so to all mankind; but is the joint property of this country, or this parish."

David Henderson, editor of the Concise Encylopedia of Economics, discussed this point about "collective property" in his own essay on "Avatar":

Now, [Ed] Hudgins could argue that the analogy with the Kelo decision doesn’t make sense because this is tribal property, not individual property. OK. So imagine that some civilization more technologically advanced than ours discovers that there’s a rare mineral below the hills and mountains of Yosemite, which, in a sense, is tribal property. Our government has refused to sell. To get at the mineral, this other "civilization" must blast and bulldoze Yosemite down to nothing. If that more advanced group comes in and uses violence to grab Yosemite, would Hudgins say that was fine? I think not.

As I noted originally, "At least for human beings, private property rights are a much better way to secure property and prosperity. Nevertheless, it's pretty clear that the land belongs to the Na'vi, not the Sky People."

P.S. For a French version of my article, click here. At UnMondeLibre you'll find many more ideas about liberty, too.