Congress is debating bills to address police misconduct as well as to provide further aid to state and local governments struggling with budget deficits. But the states can address both issues themselves with one reform: repealing collective bargaining for public workers.

I discuss government unions further in my new Examiner op‐​ed and in studies here and here.

This study by the Economic Policy Institute presents data on union membership, some of which I’ve posted below. The first chart reveals the revolution in public‐​sector unionism during the 1960s and 70s. The second chart reflects the large differences in union policies between the states. 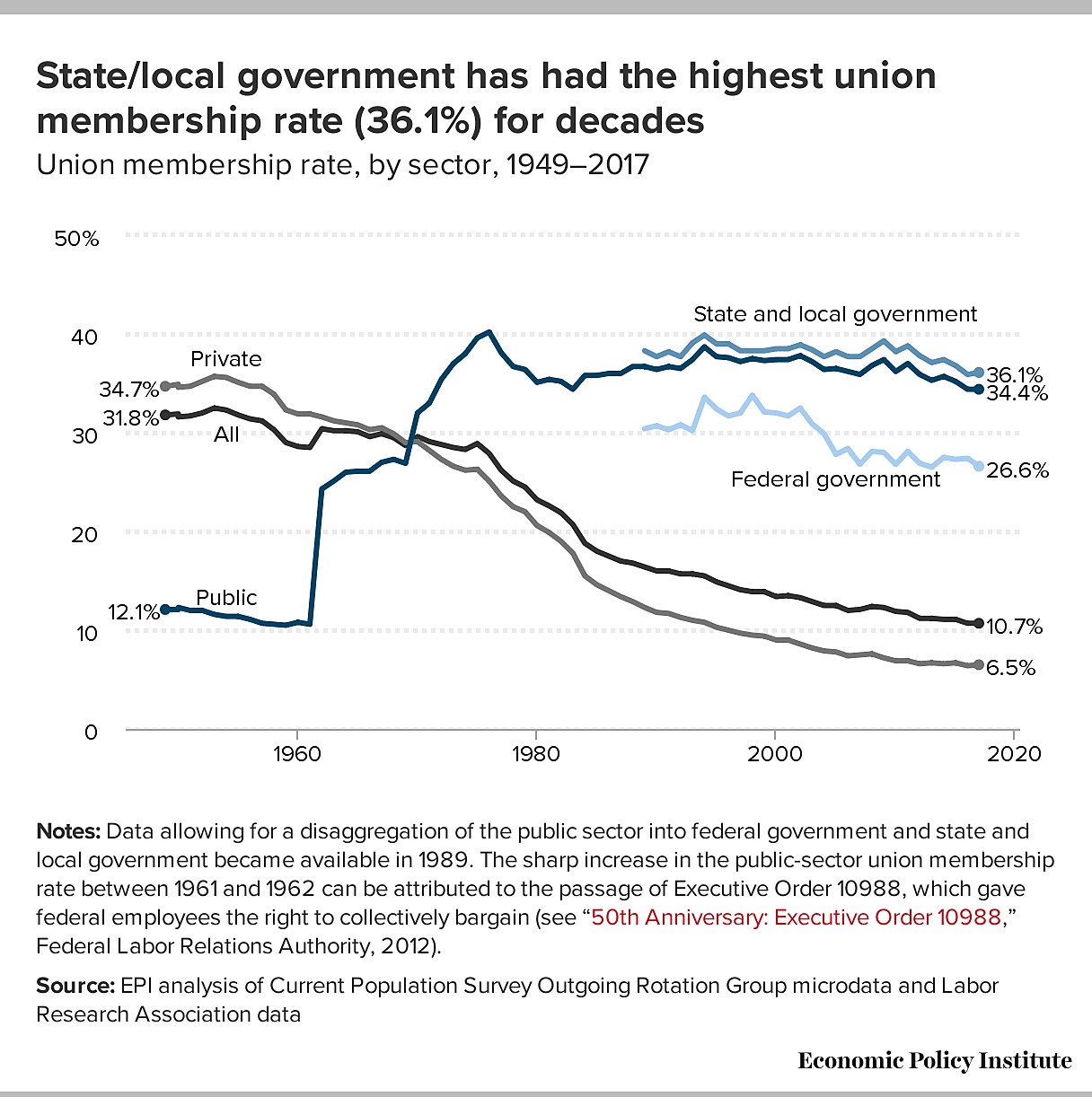