Dr. Dingli Shen, a scholar of security studies and Chinese and U.S. foreign policies at Fudan University, had an interesting op-ed yesterday that merits attention. 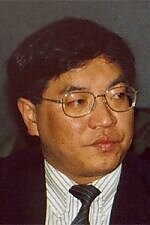 According to Shen, China should consider developing "overseas military bases," which he says people define in today's context as "supply bases for the navy escorting the ships cruising in the Gulf of Aden and Somalia."  Shen lists four main interests that justify overseas bases: "the protection of the people and fortunes overseas; the guarantee of smooth trading; the prevention of the overseas intervention which harms the unity of the country and the defense against foreign invasion."

The lay reader should be clear that the United States does not look favorably on China's developing the ability to guarantee its own smooth trading; we like having the leverage to determine, ultimately,whether we will allow foreign countries to trade.  The reader should also be aware that the third interest Shen lists is a diplomatic phrasing of "being able to prevent U.S. intervention in Taiwan," perhaps in addition to some much smaller concerns about Tibet.  The Chinese do not need to do anything to pursue the fourth listed interest, preventing foreign invasion of China.  So what's left is protecting Chinese people and money overseas; wresting control of China's sea lines of communication from the United States; and preventing U.S. intervention in ways that would "harm the unity of the country."

The piece really goes out of its way to make clear that this is all about countering American military power.

For instance, his first example justifying a greater role for China abroad is the Korean War.  According to Shen, "China had no option but to call up volunteer soldiers to fight against the overseas intervention in its northern neighbor."  Later in the piece he makes clear that although he believes in each of the four interests above,

[t]he real threat to us is not posed by the pirates but by the countries which block our trade route.

The threats also include secessionism outside the Chinese mainland. The situation requires us be able to hit the vulnerable points of our potential opponents by restricting their international waterway.

It is inevitable for some countries to suspect our good intention in maintaining the world peace, but their suspicion shall not become an obstacle to our military base strategies. Currently, America, France and Britain own a majority of troop bases in the world. Yet China seldom felt being threatened by the military bases set up by Britain and France. Therefore, we have no reasons to feel that the military bases we set up will agitate other countries. (emphasis mine)

Note the shift from the three countries who have the majority of overseas bases at present to the two countries whose bases don't concern China.

1) How did this debate start?  Shen refers to debates "online," but presumably this issue has been taken up in greater detail recently in Chinese strategic studies journals.  I'd be interested to see the trajectory of this discussion both there and in public.

2) Why such an expressly anti-U.S.-hegemony tone?  This sort of thing is not exactly conducive to cloaking China's growing military power in mystery.  The rhetoric about "peaceful rise," remember, was viewed as too provocative because it included the word "rise," so it got switched to "peaceful development," which was viewed as sufficiently diplomatic.  But just coming out and saying "we need overseas bases to counter the U.S. military" like this is running, not walking, in the opposite direction.  This analysis sounds positively Mearsheimerian.  Why is this debate being carried out in this manner, in public and now in English?

3) How does this (or doesn't it) tie in to prospective Chinese aircraft carrier capabilities?  As one recent article noted,

A PLAN carrier would have the effect of extending Chinese air capabilities without requiring overseas air bases. Nonetheless, while a nuclear carrier may be homeported in China, supplying it with jet fuel, food, ammunition, and other consumables becomes harder with distance. The U.S. Navy solves this problem with an extensive series of overseas logistics bases and large, fast replenishment ships that support the operations of carriers, themselves operating largely from the continental United States. Lacking such support mechanisms, a Chinese carrier is likely to stay closer to home, but it may still require a Chinese support presence overseas.

So then should we interpret such a call for overseas basing as reflecting a continuation of the "string of pearls" orientation of the PLAN, or as laying the groundwork for allowing carriers to operate farther away from Chinese ports?