Yet looking at the details of Ryan’s proposal, the federal government will spend $1.5 trillion more in 2024 than it is expected to spend in 2014.


How can spending both be “slashed” and increased by $1.5 trillion? It’s because of the bizarre way that Washington discusses spending, which is known as baseline budgeting.


Here is a graph of Ryan’s proposed federal outlays. 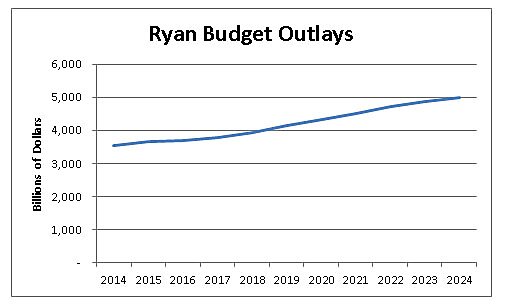 The graph shows that under Ryan’s budget, federal spending increases every year.


But here is another graph showing Ryan’s spending compared to the Congressional Budget Office (CBO) baseline projection of spending made in February. 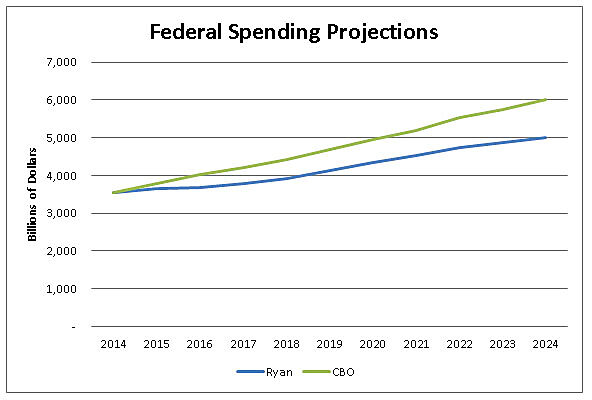 Notice the gap? That’s the $5 trillion that is “slashed” from the federal budget.


In Washington, all spending proposals are compared to the CBO’s baseline projections. The CBO releases these projections a couple times a year, which are based on their estimates of current federal law. Every proposal is then compared to this baseline. Inside‐​Washington discussions of spending cuts or increases are relative to CBO’s figures.


But this is a very different way of thinking about budgeting than used by families, who don’t assume that their income will go up automatically every year. Families prioritize, and they cut back when they need to make the books balance. Sadly, few proposals in Congress make tough trade‐​offs and cut actual levels of spending.