I’ve already condemned the foolish people of California for approving a referendum to raise the state’s top tax rate to 13.3 percent.


This impulsive and misguided exercise in class warfare surely will backfire as more and more productive people flee to other states – particularly those that don’t impose any state income tax.


We know that people cross state borders all the time, and it’s usually to travel from high‐​tax states to low‐​tax states. And we’ve already seen some evidence that the state’s new top tax rate is causing a loss of highly valued jobs.


This mobility of labor and talent is one of the reasons why California is going to get a very painful lesson about the Laffer Curve.


Politicians (with help from short‐​sighted voters) can raise tax rates. But they can’t force people to earn income.


Now it looks like one of the super‐​rich is fed up and looking to make himself less vulnerable to California’s kleptocrats.


Here are some excerpts from an ESPN story.

Phil Mickelson said he will make “drastic changes” because of federal and California state tax increases. …The 42‐​year‐​old golfer said he would talk in more detail about his plans — possibly moving away from California or even retiring from golf… Mickelson said. “I’ll probably talk about it more in depth next week. …There are going to be some drastic changes for me because I happen to be in that zone that has been targeted both federally and by the state and, you know, it doesn’t work for me right now. So I’m going to have to make some changes.” …”If you add up all the federal and you look at the disability and the unemployment and the Social Security and the state, my tax rate’s 62, 63 percent,” said Mickelson, who lives in Rancho Santa Fe. “So I’ve got to make some decisions on what I’m going to do.” 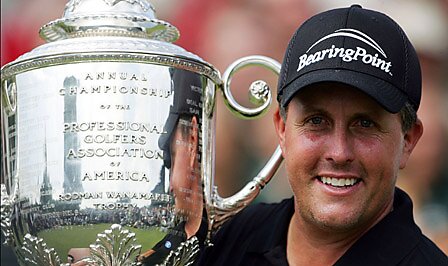 
But so what? It’s still outrageous and immoral that government is confiscating one‐​half of the income he generates.


Heck, medieval serfs were virtually slaves, yet they only had to give at most one‐​third of their output to the Lord of the Manor.


I hope he’s serious and that he escapes from the Golden State’s fiscal hell‐​hole.


And if he does, what will it mean for California government finances?


Well, here’s what Wikipedia says about his income.

According to one estimate of 2011 earnings (comprising salary, winnings, bonuses, endorsements and appearances) Mickelson was then the second‐​highest paid athlete in the United States, earning an income of over $62 million, $53 million of which came from endorsements.

Now let’s bend over backwards to make sure we’re not exaggerating. Notwithstanding the Wikipedia estimate, let’s assume his annual taxable income will be only $40 million for 2013 and beyond.


With a 10.3 percent top tax rate, California would collect about $4.12 million per year. And Mickelson apparently thought that was tolerable.


But guess how much the politicians will collect if he leaves the state? I’m tempted to say zero, but they may still get some revenue because of California‐​based tournaments and other factors. 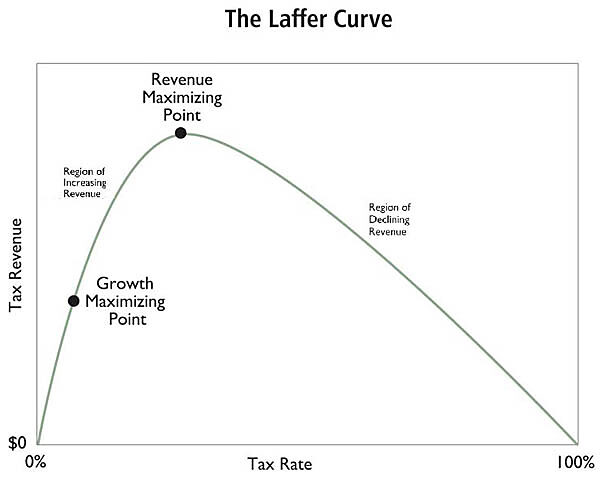 I can say with great confidence, however, that California won’t collect $5.32 million, which is probably what the politicians assumed when they seduced voters into approving the 13.3 percent tax rate.


After all, that assumption only works if Mickelson is willing to be a fiscal slave for Jerry Brown and the rest of the crooks in Sacramento.


As such, I’ll also state with certainty that California’s politicians won’t collect $4 million if Mickelson leaves for another state. Or $3 million. Or $2 million. Or even $1 million.


The best they can hope for is that Mickelson decides to stay in the state while also reducing his taxable income. In that scenario, the politicians might still pocket a couple of million dollars.


Not as much as they collected when the tax rate was 10.3 percent, and far less than what they erroneously assumed they would get with a 13.3 percent rate.


Regardless of Mickelson’s ultimate decision, California is going to be in trouble because most rich people – whether they’re golfers, celebrities, investors, or entrepreneurs – have considerable control over the timing, level, and composition of their income. And they can afford to move.


This is why you don’t want to be on the downward‐​sloping portion of the Laffer Curve. Everyone’s a loser, both politicians and taxpayers.


So we’re going to see the Laffer Curve get revenge on California and I’ll be first in line to say “serves you right, you blood‐​sucking parasites.”


If you want more information, here’s my video on the Laffer Curve.


And if you want to watch the full three‐​part series, they’re all included in this Laffer Curve lesson that I put together for the President. He seems oblivious to real‐​world evidence, but others may find the information useful.