My Washington Examiner column this week begins with a look back at the Disco Era: 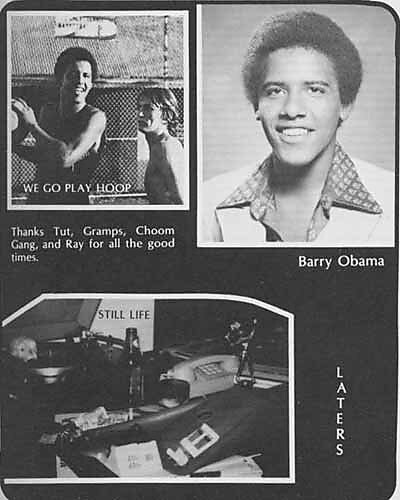 In his high school yearbook photo, President Barack Obama sports a white leisure suit and a Travolta‐​esque collar whose wingspan could put a bystander’s eye out. Hey, it was 1979.


Maybe that explains the rest of young Barry’s yearbook page, with its “still life” featuring a pack of rolling papers and a shout‐​out to the “Choom gang.” (“Chooming” is Hawaiian slang for smoking pot.)

Survey data suggest some 100 million Americans have tried pot, including political elites and drug war supporters Bill Clinton, Al Gore, Newt Gingrich and Sarah Palin. So the point here isn’t to play “gotcha” by calling the president out on some harmless fun three decades ago. It’s to ask why he isn’t doing more to change a policy that treats people engaged in such activities as criminals.


As I note in the column,

in his new National Drug Control Strategy [.pdf], Obama “firmly opposes the legalization of marijuana or any other illicit drug” and boasts of his administration’s aggressive approach to pot eradication. Watch your back, Choom Gang.

This may present Obama with a serious moral dilemma if and when California votes to legalize recreational use of marijuana this November. (More here in this podcast).