A “Bad” Deal Was Always Better than No Deal, and We Should Be Thankful if We Get One

The foreign policy news of the day is the apparent deal being reached in Geneva between Iran and the permanent five members of the UN Security Council plus Germany (P5+1). What’s particularly striking is the pre‐​spin being offered by Israeli Prime Minister Binyamin Netanyahu and his ideological fellow‐​travelers in Washington.


To be clear: we do not know the precise terms of the deal being hammered out. The sketchy details that have been leaked make clear that both sides are taking small steps, as would be expected. Iran is not shuttering its nuclear enrichment program, or even freezing enrichment entirely, as the UN Security Council demanded it do in several resolutions. Similarly, the P5+1 is not normalizing economic relations with Iran, rescinding the spider web of sanctions that is strangling Iran. 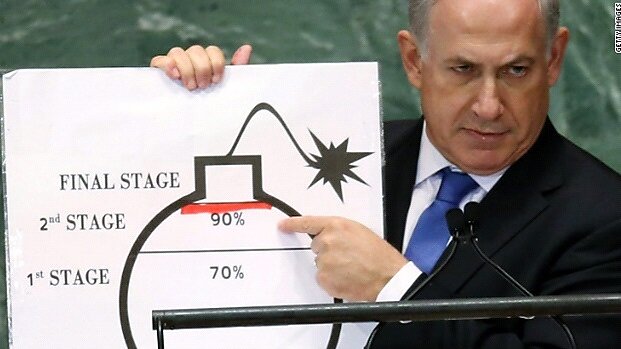 None of this has stopped Iran hawks from asserting, without evidence, that the deal is a disaster for the world and a coup for Iran. Netanyahu was most succinct, labeling the deal—again, not having seen its terms—to be “the deal of the century” for Iran and a bad deal for the rest of the world.


Similarly, Danielle Pletka at AEI asks some pertinent questions about the exact terms of what was agreed to then declares, without answering them, that the deal is “lousy.” By her own one‐​sided accounting, what the Iranians will receive is “not clear” but she asserts, in spite of her admissions, that they will give “nothing.”


What’s happened here is that any gettable deal has been framed as “bad,” and the administration, while disagreeing with that framing, has agreed that “a bad deal is worse than no deal.” Netanyahu actually had a pretty solid debating point when he tried to scuttle the early feelers of this diplomatic opening by comparing a prospective deal to the deal brokered with North Korea. The parallels there are not ones that pro‐​diplomacy doves like very much, for good reason.


So let’s concede: this interim deal is not reliving old glories on the decks of the Missouri. It’s not a complete, irreversible end of the problem posed by Iran’s nuclear program. What hawkish observers fail to understand is that there is no such solution, through diplomacy, military strikes, or otherwise.


Thus the question was never whether this deal could provide Netanyahu’s desiderata: the shipping out of all enriched uranium, the destruction of Fordow and Arak, and an end to Iran’s pursuit of enrichment altogether. Nobody, perhaps even including Netanyahu thought that was possible. Given his various public statements, Netanyahu seemed to think any deal was a bad deal.


So yes, it’s not time to pop champagne corks and forget the world, nor time to throw a tantrum. A prospective interim deal would be a small, but very important, step in the right direction. Given the disaster that would be a war in Iran, we should take this small step and see if it can be built on. As Amos Yadlin, head of the Israel Institute for National Security Studies remarked, “There needs to be a scrutiny of the details before determining whether the ‘holy of holies’ was destroyed today.” One hopes Netanyahu, and hawks in Washington, will come to agree.