Are the Ups and Downs of COVID-19 Cases Due to Politicians?

Many news reports purporting to explain the ups and downs of COVID-19 cases in nations or states implicitly assume the epidemic is entirely under human control. Infections therefore rise when politicians and people behave badly, in this view, and infections fall when politicians get tougher and/​or people get smarter.

“Western Europe Avoids New Surge,” claims The Wall Street Journal, “largely because of marked changed in social behavior across much Europe, following widespread efforts of policy makers to follow drill the public to follow a simple three‐​pronged approach: Keep a distance where possible, enhance hygiene, and wear a mask when necessary.” 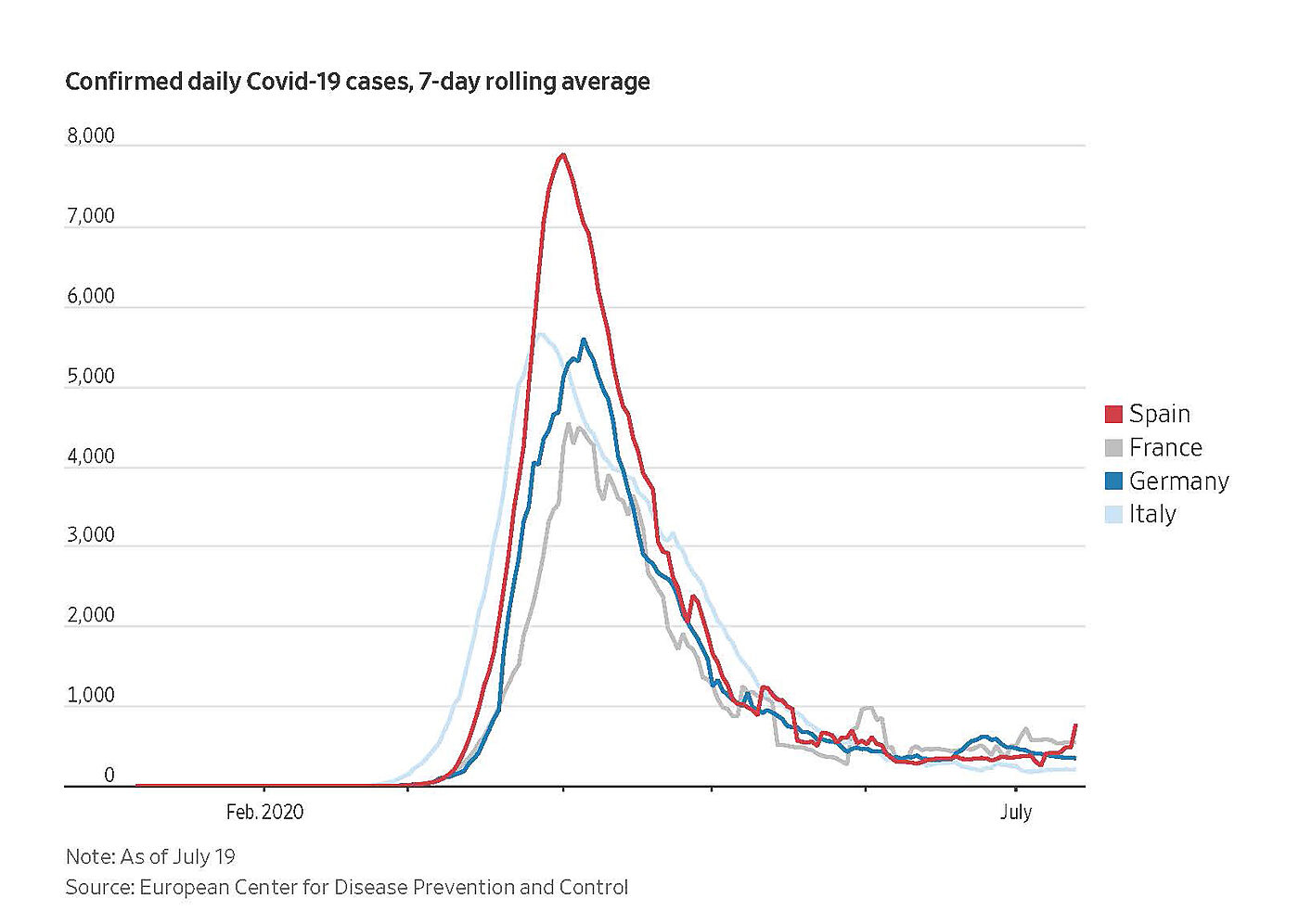 If wise advice from policy makers to a well‐​drilled public got the number of confirmed cases to come down in synch in four countries, what caused their huge surge in March and April? And why did all four countries start reopening in early May (about the same time as Florida or Arizona)? If social distance, hygiene and masks could thwart a raging epidemic, why didn’t all those things plus tight lockdowns do little or nothing to prevent Europe’s and New York’s surging cases and deaths in March and April?

Some U.S. States like New York and New Jersey have been through steeply rising and falling epidemic curves just as Italy and Spain have, whether measured by per capita cases or deaths. Other states like Texas, Florida, California and Arizona, by contrast, flattened their curves for months — even at the April peak. The second graph shows daily COVID-19 deaths per million residents (though the New York Times daily update uses deaths per 100,000).

By July 20, New York had experienced 166 coronavirus deaths for every 100,000 residents and New Jersey 177, but Florida had only 24 deaths per 100,000 by then and Texas had 14. Deaths are tiny fraction of confirmed cases and the CDC director estimates that confirmed cases count only 10% of all those infected, including mild cases cured at home. States with steep curves and very high death rates obviously had a huge number of people infected who have now recovered are likely to be at least as immune as if they had been vaccinated.

New York and New Jersey do not have fewer new cases than Florida and Texas today because they have been better‐​drilled about distance, hygiene or masks, but because they have many thousands more residents who have, in effect, already been vaccinated by the having survived the disease. 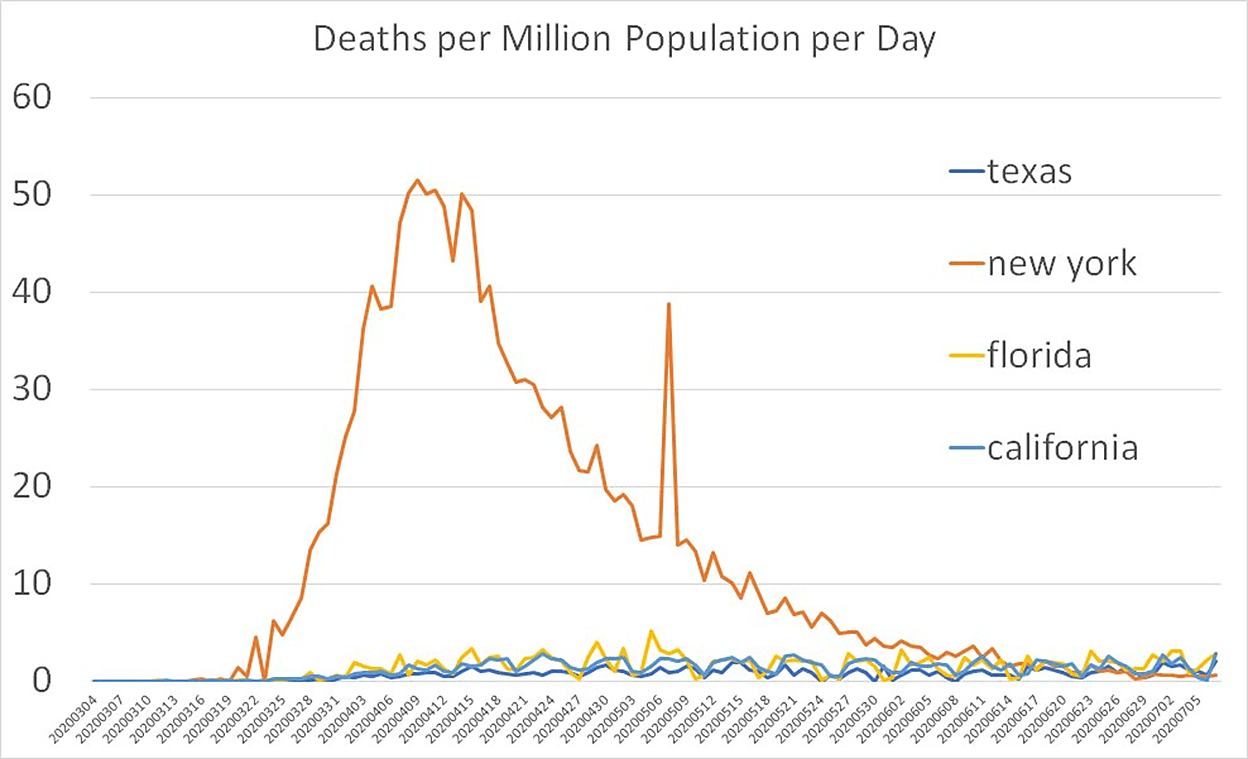 SARS‐​CoV‐​2 is now much less contagious in places like Milan Italy or Queens New York that have already experienced a huge surge because many of their residents have survived mild or serious infections and developed T‐​cell or antibody resistance to the virus. This reduces the risk of contagion (the effective reproduction rate) in the same way that having many of your neighbors vaccinated would reduce everyone’s risk, even if most others have not been vaccinated.

Countries and states that have not previously been through a big upward spike of cases and deaths are now relatively more vulnerable. To contrast old hot spots with new ones and then conclude that new outbreaks in new places must be the fault of inferior politicians or careless people in the newest hot spots is scientifically illiterate. And it detracts from serious examination of real problems and real solutions.

Economic Impact of COVID-19, Proper Role of Government in a Pandemic