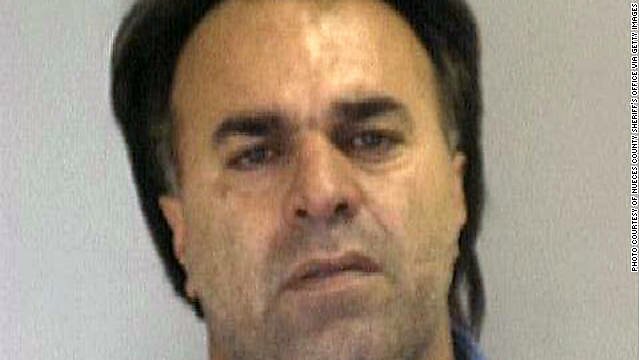 I was as shocked as most other people to hear Tuesday the Department of Justice unveiling charges against Manssor Arbabsiar, a 56-year old Iranian-American apparently linked to Iran's Quds Force. If the facts as described in the government's complaint [.pdf] were part of a crime novel I were editing, I'd tell the author it was far too outlandish and to do some more research. Now we're finding out that the administration itself had "expressed concern that the plot’s cartoonish quality would invite suspicions and conspiracy theories."

And cartoonish it was. I had figured that maybe I was the only one who thought the government's story was shot through with gaping holes, but now I read that basically the entire roster of non-neoconservative Iran watchers can't make sense of the plot.

For their part, reflexive hawks have taken the news in stride. James Jay Carafano explained that this is what happens when you act like Jimmy Carter, and the neocons' Foundation for the Defense of Democracies has essentially taken over  the WSJ op-ed page. (As one wag noted, the WSJ's unsigned editorial invoked 9/11 in the first sentence.) But note the lack of critical thought in these pieces. Reuel Marc Gerecht uses the story as the latest hook for his "let's bomb Iran" shtick, and another FDD/WSJ offering even says that "though details of the plot are still scarce," "[t]o doubt the Iranian regime's responsibility in the thwarted attack is to misunderstand its nature, or to somehow fall prey to the delusion that when an Iranian connection appears behind a terror plot, its perpetrators have gone rogue or are acting on behalf of some dark faction to undermine a nonexistent 'moderate' camp within the regime." Well, maybe, but I like details.

I think there's a pretty strong case for revisiting our assumptions about Iran, provided somebody can fill in the aforementioned holes. I had a bit more of a critical piece in CNN International, asking a number of questions that I'd like to see answered before deciding anything. I'll just share with you one question I asked:

the accused seem to have believed that the [Mexican drug cartel the] Zetas would blow up [Saudi Ambassador Adel] al-Jubeir (and potentially a hundred people nearby, explicitly including possible U.S. senators) having only been fronted $100,000 of the $1.5 million payoff, and holding Arbabsiar as collateral.

There's little evidence that the Zetas are stupid enough to cause themselves the trouble that blowing up a Washington restaurant containing the Saudi Ambassador and a hundred others would inevitably cause -- especially for a potential payday of only $100,000 and a dead Iranian operative. Why did Arbabsiar or the IRGC think that the Zetas would be willing to do this deal?

To my mind, this is the biggest question out there, but I raise several others. For my provisional thoughts on the story, have a look at that piece.