Apropos of Nothing, Your H. L. Mencken Quote of the Day 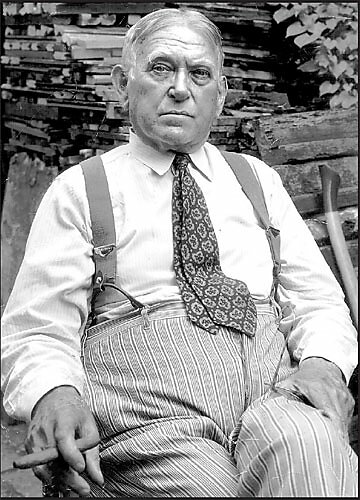 The fact is that liberty, in any true sense, is a concept that lies quite beyond the reach of the inferior man’s mind. He can imagine and even esteem, in his way, certain false forms of liberty–for example, the right to choose between two political mountebanks, and to yell for the more obviously dishonest–but the reality is incomprehensible to him. And no wonder, for genuine liberty demands of its votaries a quality he lacks completely, and that is courage. The man who loves it must be willing to fight for it; blood, said Jefferson, is its natural manure. More, he must be able to endure it–an even more arduous business. Liberty means self‐​reliance, it means resolution, it means enterprise, it means the capacity for doing without. The free man is one who has won a small and precarious territory from the great mob of his inferiors, and is prepared and ready to defend it and make it support him. All around him are enemies, and where he stands there is no friend. He can hope for little help from other men of his own kind, for they have battles of their own to fight. He has made of himself a sort of god in his little world, and he must face the responsibilities of a god, and the dreadful loneliness. Has Homo boobiens any talent for this magnificent self‐​reliance? He has the same talent for it that he has for writing symphonies in the manner of Ludwig van Beethoven, no less and no more. That is to say, he has no talent whatsoever, nor even any understanding that such a talent exists. Liberty is unfathomable to him. He can no more comprehend it than he can comprehend honour. What he mistakes for it, nine times out of ten, is simply the banal right to empty hallelujahs upon his oppressors. He is an ox whose last proud, defiant gesture is to lick the butcher behind the ear.