The Annals of Power: Christie, FDR, and Nixon

Experts tell Monica Hesse of the Washington Post that closing a few bridge lanes is pretty thin gruel as far as punishing your enemies goes. Journalism professor and scandal‐​culture expert Mark Feldstein scoffs, “If he’s not willing to be thinking of unauthorized wiretaps . . .”


Hesse asks, “In the grand scheme of diabolical political paybacks, how does this vision stack up?”

Take FDR, Feldstein says. During World War II, after the Chicago Tribune published news of broken Japanese codes, President Franklin D. Roosevelt tried to order troops to take over the newspaper’s building. (He was eventually talked down from this martial plot.) The publisher was an old nemesis from prep school.


Take President Richard M. Nixon — always with Nixon — who tried to get the IRS to conduct field audits against people he perceived as political foes in the early, pre‐​Watergate 1970s. “It was really a matter of trying to destroy people personally” by using the governmental means available, says Joseph Cummins, the author of dirty tricks encyclopedia “Anything for a Vote.” “That was the way Nixon felt about things.” 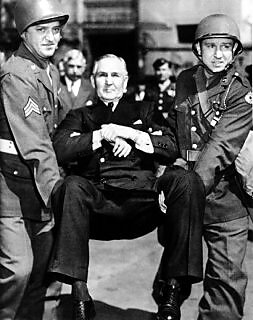 FDR knew the rule, “Never pick a fight with a man who buys ink by the barrel.” He wasn’t so squeamish when it came to retailers who defied his preferences. Sewell Avery, chairman of the big catalog company Montgomery Ward, opposed labor unions, Roosevelt’s New Deal, and Roosevelt’s re‐​election. In 1944 Avery refused FDR’s order to extend his company’s labor contracts to avoid a strike. Roosevelt ordered the War Department to seize the offices of Montgomery Ward. Attorney General Francis Biddle flew to Chicago to oversee the army’s physical removal of Avery from his office, as the photo shows.


When Christie does that, he’ll be ready for the political big leagues.