If that name doesn’t ring a bell, you may have known her as Annabel Battistella. Or Fanne Foxe. Or the “Argentine Firecracker.” Or “the Tidal Basin Bombshell.” Or the 38‐​year‐​old exotic dancer with bruised eyes who jumped out of a car and into Washington, DC’s Tidal Basin after a row with her lover, 65‐​year‐​old House Ways and Means Committee Wilbur D. Mills (D‐​Ark.), in 1974. 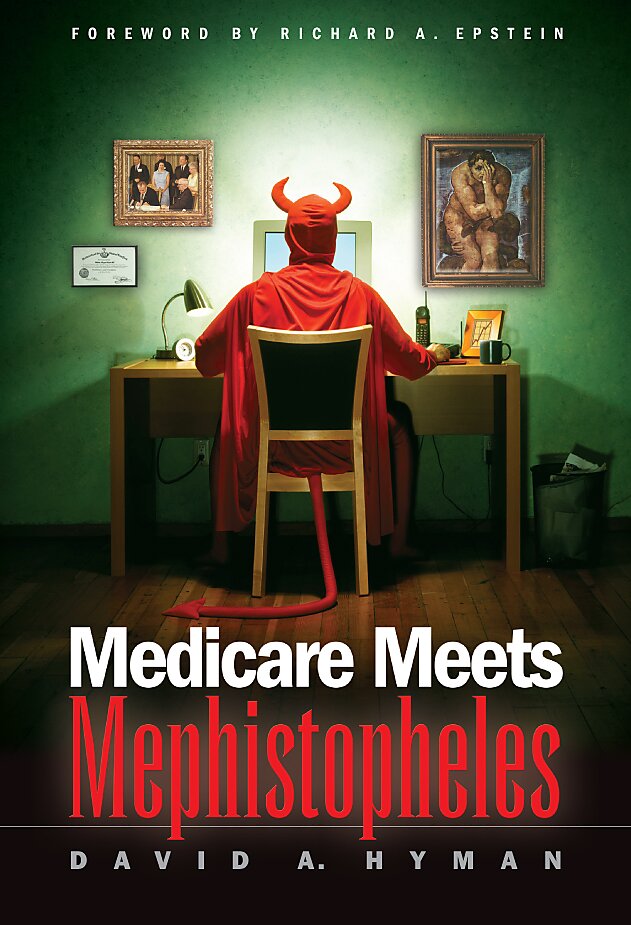 Mills was the father of Medicare. In his 2006 book Medicare Meets Mephistopheles, Cato adjunct scholar David Hyman writes, “As the chairman of the House Ways and Means Committee, Mr. Mills shepherded the Medicare bill through Congress, and was the person most responsible for Medicare’s basic design features.” The Tidal Basin incident led to the discovery of his affair with Battistella (her surname at the time) and to the end of his tenure at the helm of the committee that oversees Medicare.

Medicare Meets Mephistopheles is likely the only satire anyone has ever written about Medicare. (Even more likely it’s the only funny one.) Borrowing from C.S. Lewis’ The Screwtape Letters, Hyman writes in the voice of a junior devil who reports back to Satan on Medicare’s success as a recruitment tool. The program’s many faults, you see, are all traps that its demonic progenitors use to tempt humans into committing all Seven Deadly Sins. The junior devil reports that he tempted Mills into an affair with Battistella (her surname at the time) to punish him (Mills) for trying to impose some fiscal restraint on Medicare. The junior devil later admits he needn’t have bothered. 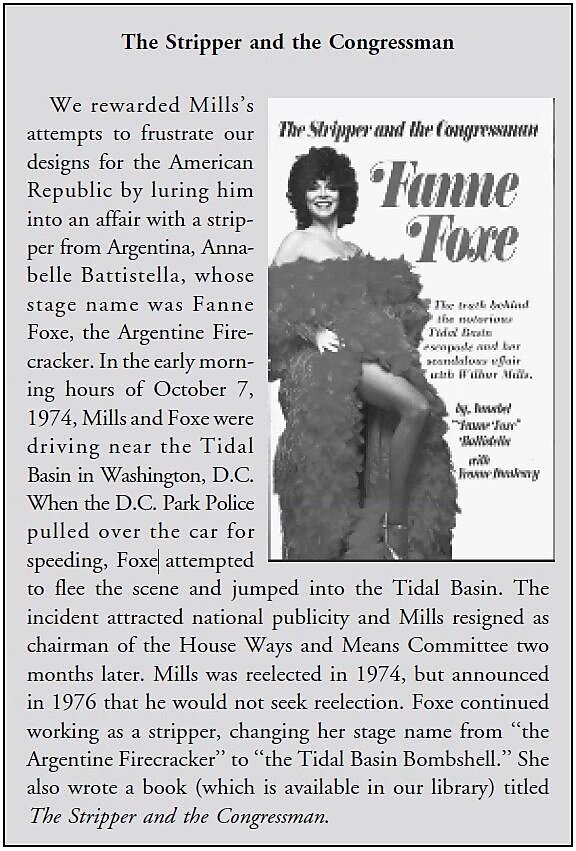 The Washington Post’s obituary provides more context to the story. Mills struggled with substance abuse, “left office in 1977, and became an advocate for recovering alcoholics until his death in 1992.” Battistella’s life was not an easy one. Her first marriage bore three children but “imploded” even before the scandal, which wrought its own toll. Following the scandal, she told the Post, “I’ve been around too long. I may act sometimes like I’m 18, but I feel like I’m 50.” She remarried, and in 2017 lost the daughter of that marriage. She became a grandmother seven times over, graduated college, and earned two master’s degrees.