From Abu Dhabi to Dubai 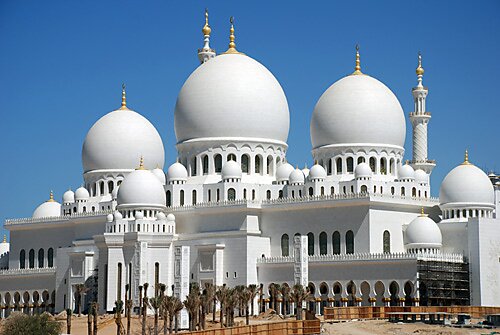 After another fascinating day in Abu Dhabi, which included a visit to the Sheikh Zayed Grand Mosque (the picture can’t do it justice) and the more‐​than‐​5‐​star Emirates Palace Hotel, we rose early this morning and traveled the short distance (about 90 minutes on the highway) to the second largest emirate, Dubai.


The visit began with a visit to the enormous DP World facility at the Jebel Ali port, one of the most active in the world. Millions of tons, chiefly goods in 20‐​foot container boxes, move through this facility every year. DP World remains one of the stronger subsidiaries in the troubled Dubai World’s portfolio, and the company and that first visit became a metaphor for the day: Dubai has had its difficulties, but the fundamentals that drove its spectacular growth over the past few decades remain strong. Dubai is located at a crossroads — both strategically and economically. It is leveraging this geographic advantage through investments in infrastructure — from the port expansion, to the just opened metro, to a massive new airport that is still under construction — in the hope of attracting and retaining entrepeneurs and capital. And it continues to celebrate its tolerance and openness, which it hopes can be a model for the region.


Senior officials spoke frankly about their slow response, particularly their inadequate communications, surrounding Dubai World’s debt payments. They understand the value in greater transparency and oversight, but are reluctant to institute sweeping new regulations that might impede their recovery. 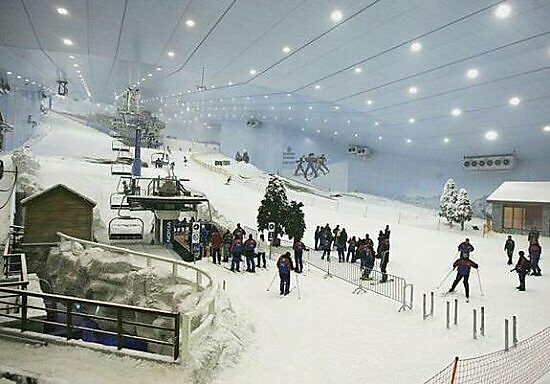 But they also sought to correct the record about the actual state of Dubai’s economy. Judging from some news stories, I was expecting to see hundreds of abandoned skyscrapers, cars left unattended on the highway, and tumbleweeds rolling through the city streets. The reality was considerably less dire. There are some building projects that appear to be on hold (cranes not moving, no workers milling about), and traffic on the wide highways is not particularly heavy, but there is still considerable activity both at the port and in the downtown area. Meanwhile, during a visit to the Mall of the Emirates this evening (the one with an indoor ski slope) I found relatively few vacant storefronts (no worse, for example, than what I’ve seen in Northern Virginia).


Anecdotes are one thing; key questions remain. It is difficult to get a read on the actual statistics. And it appears that senior officials in Dubai still don’t know the true gap between the value of Dubai World’s assets and its liabilities.


Meanwhile, just as in Abu Dhabi, there are anxieties associated with Iran’s rising power. This was the other key theme of today’s meetings. Senior officials pointed to their compliance with existing UN sanctions that prohibit the sale of certain materials that might be useful in Iran’s nuclear program. They stressed that they would support additional UN sanctions. But while they are want desperately to prevent Iran from acquiring nuclear weapons, the repercussions of military action against Iran would hit Dubai the hardest. The very attributes that make the emirate so attractive to enterpreneurs and tourists would evaporate in the event of war. Beyond the lives lost in retaliatory actions throughout the region, capital would seek out other safer investments. Tourists can choose many other places to visit. Or they can just stay home.


I certainly hope it doesn’t come to that. No one does. There is great potential for Dubai (and Abu Dhabi) to serve as a model for the region. The international character of this place is almost impossible to describe, but I’ll close with one more anecdote. When I flipped on the television, I could watch cricket, two soccer games, handball, or ultimate fighting. I could also watch a movie about tennis in English. Or “Meet the Fockers” with Arabic subtitles. World news in Farsi. Financial news in German or Italian. Movies in Chinese, Korean or French. I could go on.


Tomorrow we’re hoping to visit the Burj Khalifa, the world’s tallest building, and then off to Riyadh in the evening.